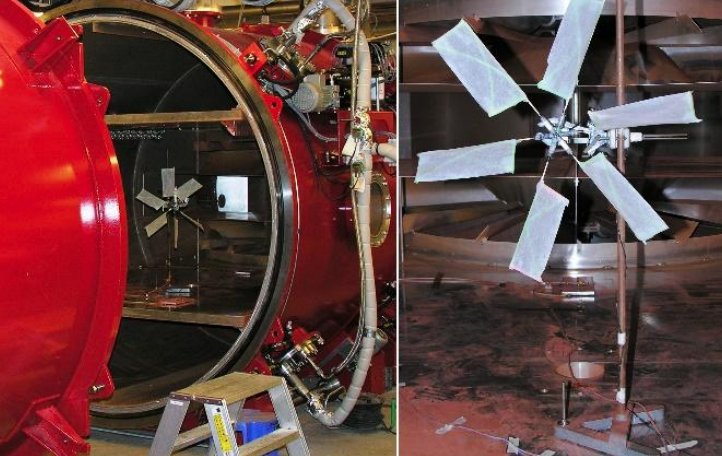 In conditions that mimic those on Mars, researchers from the Aarhus University in Denmark and Boston University’s Center for Space Physics tested with success a wind turbine to generate wind power. Even though they carried out the tests eight years ago, in 2010, the study’s report with the results has been shown for the first time during the Mars Workshop On Amazonian And Present Day Climate, held in Lakewood, Colorado.

“For now, we can say for the first time and with certainty, that, yes, you can use wind power on Mars!” affirmed Christina Holstein-Rathlou from the Boston University’s Center for Space Physics, in the study’s report.

The wind turbine, called the Aarhus Wind Tunnel Simulator II, was tested under normal conditions of Mars climate, with winds that don’t exceed 35 km per hour. But, as we already found out, Mars can present harsh climate sometimes, as the recent dust storm on Mars that shut down NASA’s Opportunity rover and hit the entire surface of the Red Planet.

Wind power could work on Mars, but wind turbines should be placed in the northernmost region of the planet

“The optimal locations for this type of power production are areas where the sun doesn’t always shine, but winds will blow, such as latitudes poleward of the polar circles,” the study’s reports reads, because there the winds on Mars are milder and never exceed 35 kilometers per hour.

Besides the potential wind power production that such a turbine would employ during the future Mars colonization, a smaller version of the turbine could also be used to power future Mars rovers that, accordingly, could be deployed in areas on the Red Planet where the Sun doesn’t shine for extended periods, such as Martian south or north poles.

That would be a lower-cost option than the nuclear battery that’s used, for example, to power the NASA’s Curiosity rover.