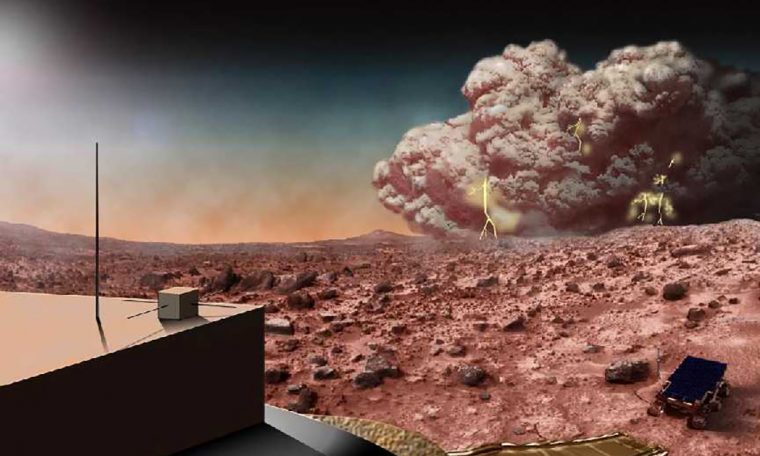 A massive dust storm on Mars was observed from the orbit by the NASA’s Mars Reconnaissance Orbiter, as reported by the NASA engineers. Recently, the turbulence reached NASA’s Opportunity Rover’s position and the mission was halted until the dust storm passes.

“As soon as the orbiter team saw how close the storm was to Opportunity, they notified the rover’s team to begin preparing contingency plans. In a matter of days, the storm had ballooned,” explained NASA’s spokespersons in an official statement.

As NASA reported on June 8th, last Friday, the storm has already covered 7 million sq miles back then, the equivalent of 18 million sq kilometers. As a comparison that’s larger than entire North America.

“Full dust storms like this one are not surprising but are infrequent. They can crop up suddenly but last weeks, even months,” said NASA’s officials.

The storm hit Perseverance Valley, at the Martian plains of Meridiani Planum, which is the current site where the Opportunity Mars rover is conducting its scientific studies and experiments.

In normal conditions, the rover wouldn’t be damaged by a dust storm on Mars but since it works on solar energy, a too long storm smogging the skies would leave Opportunity with no chance of recharging its batteries, therefore, since June 6th when the rover lost power, it stopped all the work it was doing and went in a standby mode to conserve energy.

On the other hand, if this massive dust storm on Mars is lasting for longer than usual, the rover would experience, once again, the so-called Martian Cold, a phenomenon that destroyed NASA’s Spirit Rover, the Opportunity’s “brother”, in 2010.

Hopefully, this massive dust storm on Mars will pass without causing any damage to the NASA’s Opportunity Rover which still has a lot of scientific research to fulfill on the Red Planet.