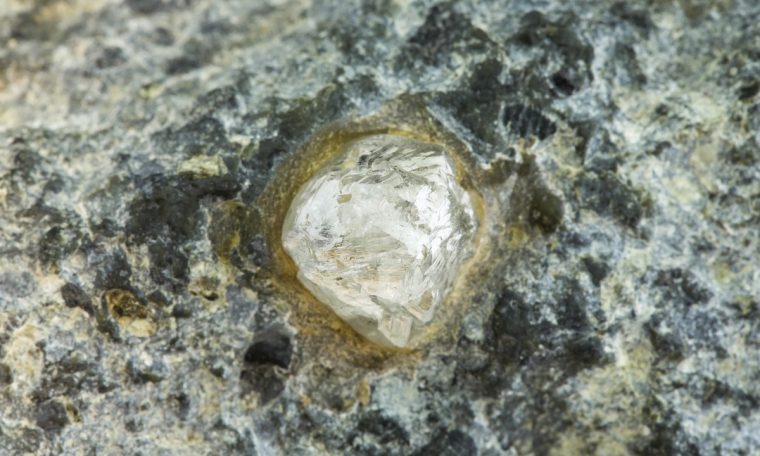 Scientists have made an interesting discovery recently. They managed to discover a new diamond that was deep below the surface. The diamond was found about half a mile deep and it contains one of the most important minerals, calcium silicate perovskite. This mineral is one of those that makes the Earth’s mantle. The diamond was found in Cullinan Mine, a mine from South Africa.

It appears that the diamond was formed 400 miles below the planet’s surface.The discovery of the diamond, and the mineral found within it, allowed geologists to confirm some of their theories. In fact, the diamond can offer valuable information about the Earth’s core: “Nobody has ever managed to keep this mineral stable at the Earth’s surface … The only possible way of preserving [it] at the Earth’s surface is when it’s trapped in an unyielding container like a diamond,” Graham Pearson, one of the authors of the study said.

It appears that this diamond is able to offer proof about the oceanic crust, and how it is recycled into the lower mantle. “The specific composition of the perovskite inclusion in this particular diamond…provides fundamental proof of what happens to the fate of oceanic plates as they descend into the depths of the Earth,” Pearson explained.

This is the first time scientists have actual proof about the recycling of the crystals, and until now their theories were based on research or even seismology. However, the discovery of the diamond is now their first piece of evidence.

“You build on theoretical predictions—in this case, from seismology—and…once in a while you’re able to make a clinching observation that really proves that the theory works,” concluded professor Graham Pearson.