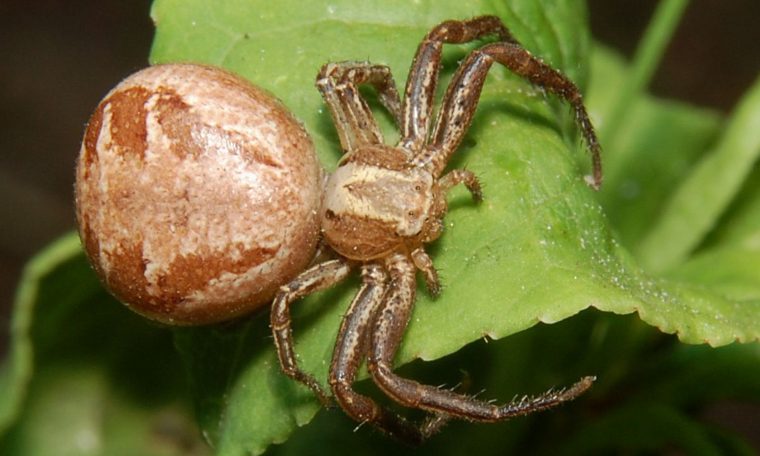 We knew that crab spiders can fly, but we were not able to explain how exactly they do that. However, Moonsung Cho, an aerodynamics engineer at the Technical University of Berlin, has managed to observe crab spiders while they attempt to fly. The results of the study give us a detailed description of the process that leads to the floating of the spider.

While only five millimeters long, crab spiders are quite large amongst other flying spiders. A selected group of 14 of them were chosen to be the subjects of the experiment. The scientist placed them on a small structure resembling a dome to see how they react to wind.

The process that leads to the flight of the crab spider

The first interesting thing, he noticed, is that before it attempts to fly, the spider creates an anchor silk strand for safety. Then, the spider evaluates the speed and direction of the wind using one of the front legs, which it reaches into the air. In case the conditions are optimal (less than 3.3 m/s and a nice upward draft), the arachnid stands up as straight as it can, with its butt in the air and creates between 50 – 60 nanoscale silks, up to 10 feet long. The last thing the spider has to do is to release the anchor strand, which allows the silk to leave the creature into the sky.

The crab spider’s floating technique as an inspiration

Looking at this process from physics’ point of view, using the viscosity of the air allows these extremely thin silks to float. As it was observed by Cho with the help of a scanning electron microscope, many of these silks were thinner than 400 nanometers. At this moment, we don’t know if any other species of spiders use this method of flying. What we know is that a further study of crab spiders’ floating technique could help us develop new technologies. For example, a tiny device that could float in the wind of a tornado or hurricane, collecting the data.