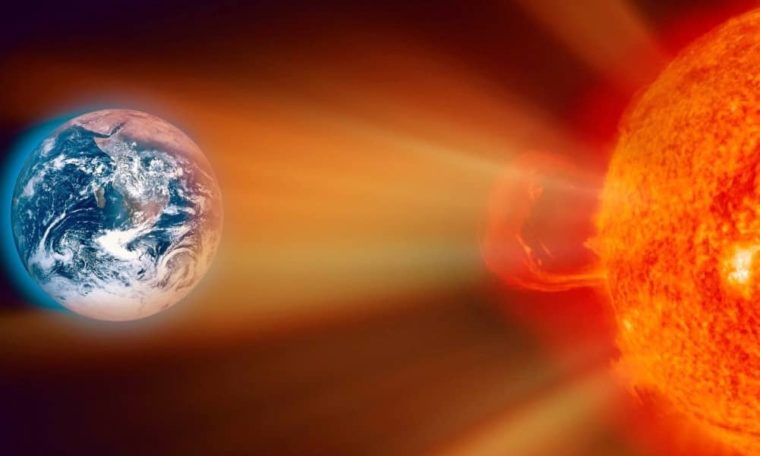 The sun continually emits a high amount of energy, but in some cases, it can release powerful particles which are boosted by solar flares and the shock waves created by the ejection of coronal mass. Scientists call these phenomena solar protonic events, and it seems that a strong solar storm hit the Earth over 2,000 years ago.

Those highly-energetic particles will then travel across the interplanetary magnetic field lines. The lines and the location of these events on the surface of the sun could guide the particles towards Earth’s atmosphere. The phenomena are known as solar proton events, and they pose a significant threat to modern society.

A strong wave of high-energy particles should be able to destroy most of the electronic devices which are currently in use, including primary navigation and communication systems. The destruction of these systems could plunge humanity back by at least two hundred years, into an era where electricity as we know it was still a mystery.

Strong Solar Storm Hit The Earth Over 2,000 Years Ago.

According to researchers, solar proton events took place in the past, with signs being conserved in ice cores and tree rings. A new study has decided to analyze ice cores (samples of ice which are recovered from glaciers and zones where the ice is ancient) as they aimed to learn more about the phenomenon and how it can influence the world.

The results suggest that the Earth was hit by a strong solar storm in 591 BC, over 2,000 years ago. It seems that this is the third event of this type which has been identified at this point. The other two solar protonic events took place in 775 CE and 994 CE. The oldest solar storm seems to have been the most powerful out of the three, and the effects of a similar event would be devastating if it would happen in our days.

Other researchers are also working on new protection methods which should be able to shield our sensitive electronics from the harm that can be caused by the high-power particles of a strong solar storm.