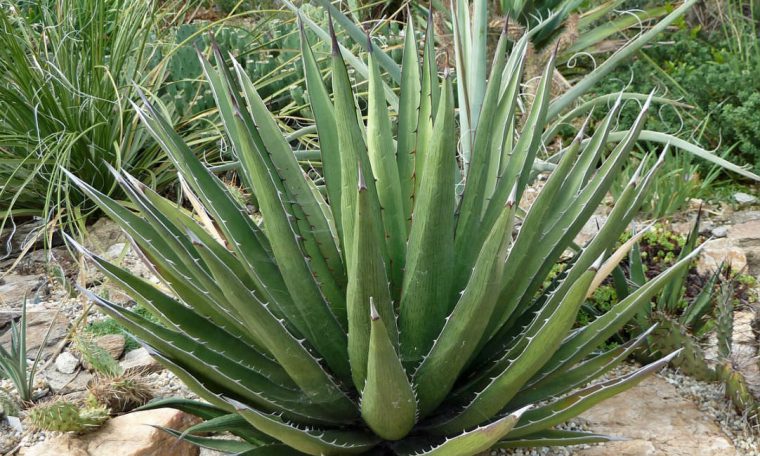 In Mexico, the environmental authorities plan on producing biofuel from Agave lechuguilla. Now, a study that aims to characterize, evaluate and determine the agronomic and energetic potential of Agave biomass from the semidesert region of northeastern Mexico, for the production of bioethanol.

Although the primary investigation ended in 2015, researchers from the Department of Biotechnology of the Faculty of Chemical Sciences of the Autonomous University of Coahuila continue to exploit the potential of this plant.

Currently, together with scientists from the Center for Research in Applied Chemistry (CIQA), the specialists are working on the development of a solid pellet-type fuel, based on waste from the bioethanol production process from Agave lechuguilla.

This solid fuel is an energy vector obtained from biomass with a lower degree of physical or chemical transformation and which remains in a solid state until its final use.

Among solid fuel, there are well-known products such as firewood, which is a solid first generation fuel because it has no degree of processing.

Then comes the second generation solid fuels, which have a process to improve their energy efficiency in terms of their heat capacity such as pellets.

Now, Mexican researchers develop a technology for the production of biofuel from Agave lechuguilla that grows freely in this region.

What is the importance of this project?

When the researchers finished their primary study, the data obtained, after running simulations, that the production costs were outside the margins of that time gasoline costs. Then they had to look for alternatives to convert the process to become economically viable.

Another alternative was to manage the biomass under a biorefinery platform, where the same compounds can be obtained in addition to fuels, polymers or plastics, special chemicals, raw materials.

The concept of using biomass under a platform of a biorefinery is not only to produce fuel (in any case ethanol) but a range of products with high added value, that make the production process an economically viable one.

However, the initiative is applaudable and if the procedure of producing biofuel from Agave lechuiguilla will become even more cost-effective, then a huge step forward towards a greener life in Mexico.