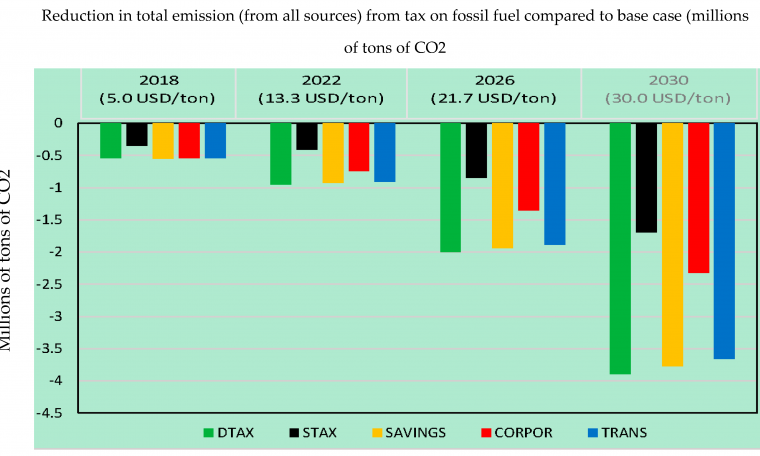 Environment Canada’s recent assessment suggests that the Canadian federal government’s proposal for carbon pricing may eliminate up to 90 million tons of carbon dioxide by 2022 to get closer to meet Paris Agreement obligations. According to the federal government, this would be equivalent to removing about 26 million cars off the streets or shutting down about 23 coal-fired plants for a whole year. This also equates to 12% of the total GHG emissions in Canada, registered in 2016.

It is the first time when Ottawa has evaluated the impacts of this specific element of its national climate change strategy, while the Conservatives have been chasing it for several months.

Justin Trudeau’s Liberal government is demanding that the provinces adopt a carbon pricing regime either by signing for a “carbon exchange” scheme or by introducing a carbon emissions tax. Ottawa is aiming for a carbon price of $50 per ton by 2022.

In carrying out its review, Environment Canada employed a model that considers changes in the production and consumption behaviors of the provinces and territories, in intergovernmental trade and in international trade attributable to carbon pricing.

Yet, the implementation of the federal carbon pricing scheme is projected to have an effect of under 10% of the percentage point on the annual average growth rate of Canada’s actual gross domestic product (GDP) from 2018 to 2022, the Department believes.

Despite the possible departure of Saskatchewan, all jurisdictions have endorsed the Canada-wide Framework for Clean Growth and Climate Change.

Some jurisdictions have adopted a carbon tax, such as Alberta and British Columbia, whereas Quebec and Ontario had already embraced a “carbon exchange” scheme.

As part of this national approach, the Canadian federal government also aims to reduce methane in the fossil fuel industry, improve energy efficiency in buildings, promote the electric car industry, and gradually eliminate the use of coal to produce energy. But even with the set of actions pledged to date, Canada is likely to fail to meet its obligations to the Paris Agreement by approximately 90 million tons of GHG emission.