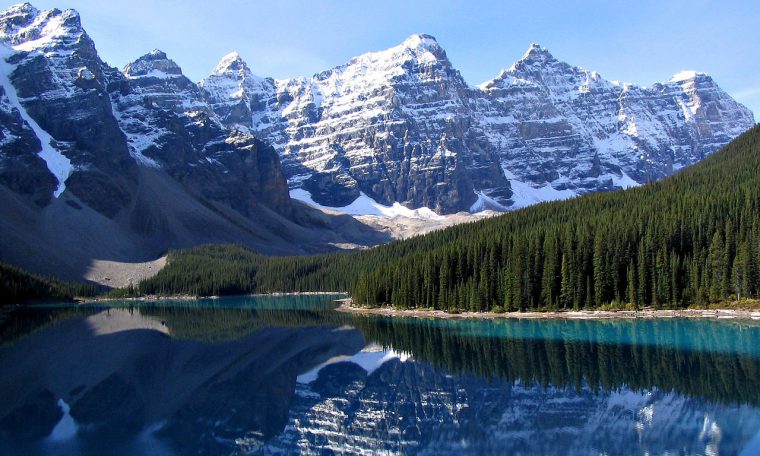 Climate change and the expansion of agricultural fields could disturb the lakes in the Rockies, increasing the amount of dust deposited there. This increase in dust in alpine lakes in the future is one of the conclusions of the US researchers after a study conducted in collaboration with Canadian researchers.

The dust which can travel hundreds of kilometers come from desert or agricultural areas where the soil is blown by the wind. The soil erosion could increase with increasing land aridity with climate change, as well as soil destitution with the expansion of human activities, according to the study.

“Agricultural activities in the Western USA and Canada expose the soil and then the wind carries the dust [from the soil] to the Rockies,” says one of the study’s scientists, Yongfeng Hu.

The dust contains nutrients used in agriculture practices, such as phosphorus. By being deposited on lakes perched high up, it is possible that the phosphorus dust could disturb these fragile ecosystems, according to researchers.

More phosphorus, less oxygen – All due to climate change

A team of researchers from the University of Wyoming Synchrotron Light Center and the US Geological Survey analyzed wind dust samples from the Colorado Plateau using synchrotron technology.

The Colorado Plateau, where the Grand Canyon is located, is one of the main sources of nutrients for the lakes in the Rockies, in the United States and Canada.

They found that phosphorus transported by wind, along with the dust, is mainly associated with calcium. It is a form of phosphorus that dissolves rapidly in acidic lakes, such as those in the Rockies, and thus becomes available to the plant world.

This phosphorus could thus favor the proliferation of algae and animal species, thus reducing the quantity of oxygen available.

By modifying conditions in these lakes, this sort of dust could, therefore, have impacts on animal species living only in ecosystems that are generally low in nutrients and well oxygenated. Researchers are continuing their work to understand the possible and complex effects of the phosphorus dust in alpine lakes, in the Rockies. Until now, they concluded that climate change is the main cause for this phenomena.