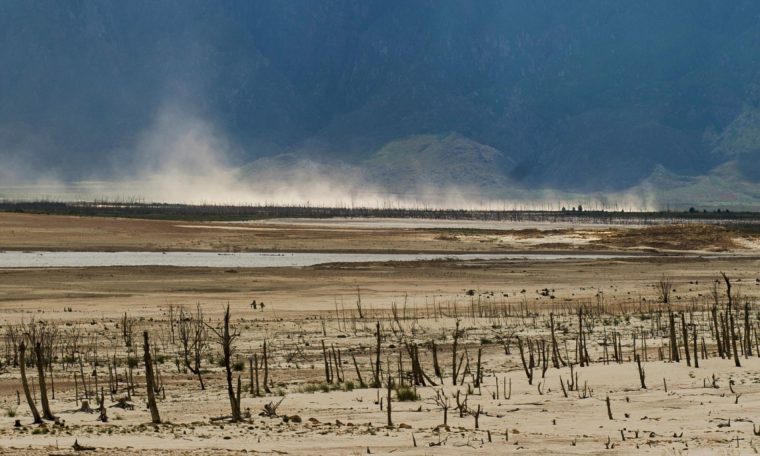 The South African city Cape Town is approaching what the scientists call Zero Day. The dramatic moment may occur this April when there will be no water anymore, not even tap water due to severe drought caused by climate change. In order to prevent this crisis, local authorities reduced the recommended daily watering standard from 87 liters to 50 since February but the situation didn’t recover much and the city’s inhabitants might end up with a limitation of water consumption.

For comparison, an average American uses between 300 and 380 liters of water each day. Only a bath consumes 136 liters on average, while a dishwasher uses as much as 23 liters of water.

Cape Town’s Mayor announced that municipal authorities are looking for new sources of water, including sewage recycling, desalination processes, and deep-sea drilling. Even so, these efforts will not postpone Zero Day for too long.

The Cape Town region has experienced three unusual consecutive seasons of drought. In Western Cape, “state of disaster” was declared in May last year.

Government officials have announced that it is the worst drought since 1904 to date.

According to the mayor, just over a third of the four million people of the South African city adhered to the limit of 87 liters of water in the last months.

If an individual who adheres to the new rules decides to take a bath for 10 minutes or so, then he would exceed the 50 liters of water per day limitations, according to simulations made by South African television.

The TV station has calculated that in order to meet the 50-liter limit and to maintain a healthy drinking water amount, a Cape Town citizen would have to take a single two minutes shower, wash all the dishes in a water-filled sink, and wash his hands twice and flush the water to the toilet only once a day.

However, the situation in Cape Town remains almost the same and Zero Day, the day without water due to the severe drought caused by climate change, might come soon.