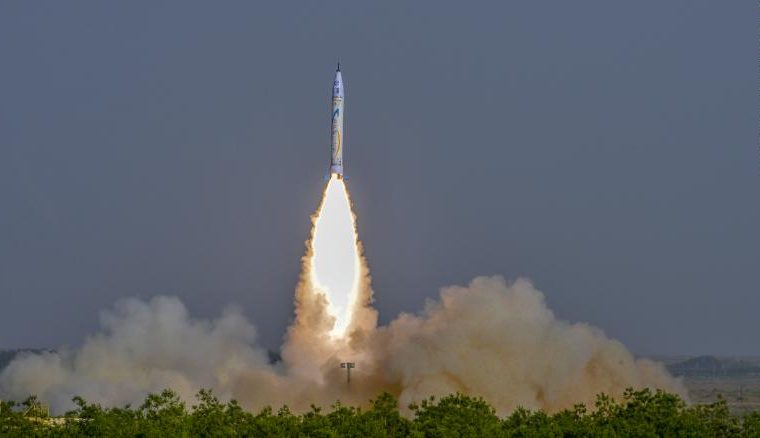 The Chongqing Liangjiang Star, a rocket developed by the Chinese company OneSpace, was launched today into space from a space base in northwest China. This rocket represents the first Chinese launch of a device into orbit that has not been developed by the government, reported the official Chinese press agency Xinhua.

This new launch also represents a milestone in the Chinese space industry which makes huge steps towards decentralization as, until today, the Chinese government was the only entity in China responsible for building and launching rockets and running satellites’ deployment via its official CNSA (Chinese National Space Agency) which is mainly directed by the Army.

CNSA has deployed a few satellites, placed lunar robots on the Moon, sent humans in space, and even launched 2 stations in the orbit (one of which, Tiangong-1 fell back on Earth earlier this year).

The rocket, measuring a 9-meter length and a 7.2 tons weight, was launched from northwest China, reached an altitude of 38.74 kilometers and a maximum speed of about 6 times the speed of sound, as the OneSpace company stated after the successful launch.

The device has a five-minute range and can travel heights of up to 273 kilometers, according to OneSpace president and founder, Shu Chang.

OneSpace is a Chinese private space company that has been established in August 2015 and is the only company in the country with a license to develop rocket propellants, a technology that in China, for decades, was controlled by the Chinese Army, the primary entity behind China’s space program.

Shu Chang, the president and founder of the OneSpace private company, stated a few days ago in a press interview to the China Daily press agency that the company plans to make up to ten launches next year, setting the goal of becoming one of the leading private space companies in the global space industry.