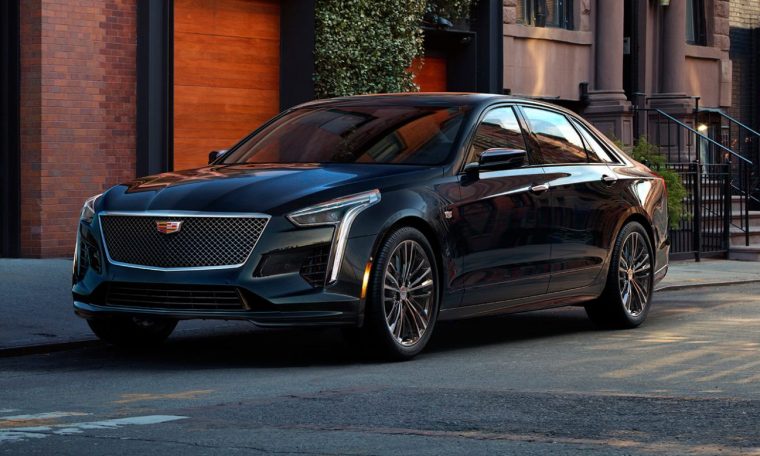 Just a few days before the opening of the New York International Auto Show, Cadillac kicked off the unveiling series, in advance, with a completely crazy version (in the good meaning of the word) of the luxurious CT6 sedan, the future Cadillac CT6 V-Sport 2019 model.

The Cadillac CT6 V-Sport 2019 will be powered by a new 4.2-liter twin-turbo V8 engine delivering 550 horsepower and 627 lb-ft of torque. A 10-speed automatic transmission will be put to work to handle all this power.

In addition to this new mechanic, the future Cadillac CT6 V-Sport 2019 will be equipped with 4?4 drive, 20-inch wheels, and Brembo brakes, specifically designed for this model.

Besides the new CT6 2019 model, Cadillac will also present its supposedly smaller and cheaper SUV XT4 at the New York International Auto Show. It will remain to see which one of the 550-hp CT6 2019 model and the SUX XT4 will draw more attention, even though they are playing in different leagues.

In terms of design, the CT6 V-Sport is inspired by the Cadillac Escala concept, which has been introduced in the summer of 2016.

The somehow ordinary grille of the regular CT6 model will be replaced by a more aggressive front, where the Cadillac logo is enthroned at the top. Besides, the addition of a V8 engine under the hood is a premier for the CT6 models.

Launched in 2016, the CT6 American luxury sedan was previously available with a four-cylinder engine and two six-cylinder blocks.

The new Cadillac V8 twin-turbo engine will also be fitted to the next V-Sport versions of the CTS and XTS, two other sedans from the prestigious General Motors brand.

In conclusion, the future Cadillac CT6 V-Sport 2019 model will pack 550 horsepower provided by a V8 engine and it will definitely be a beast on the roads. We will find more after the model’s presentation at the New York International Auto Show.