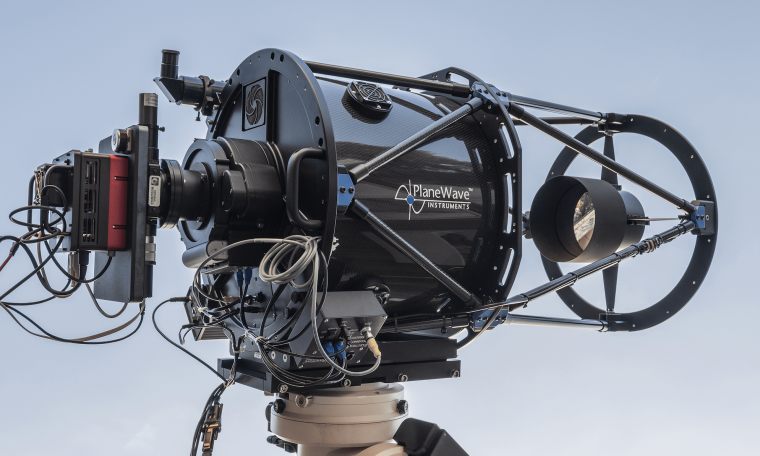 In a Mexico-France joint project called “Colibri” the UNAM’s National Astronomical Observatory of San Pedro, in Mexico, will install a new robotic telescope with which the astrophysicists hope to quickly detect the so-called Gamma-Ray Bursts (GRBs) which are very rare explosive phenomena that take place in the Universe with great energy but last for a very short time.

“The Gamma-Ray Bursts (GRBs) are very violent and luminous explosions that have been observed in galaxies billions of light years away. Their flashes last milliseconds, and up to two seconds, which makes it difficult to move the large telescopes towards the area where they took place, in the immensity of the celestial vault,” explained UNAM in a statement.

The Colibri robotic telescope will have the advantage of moving quickly to the region of the sky where a GRB occurs, once it receives the alert of detection by a space telescope, such as the Space Variable Objects Monitor (SVOM) which is also part of the Colibri project.

When SVOM discovers Gamma-Ray Bursts it will send an alert at the moment of detection and, until it reacts to Colibri, it will spend one minute and 20 seconds, in which it will already be targeting that region of the sky with its detection instruments in the visible spectrum, in which the event lasts longer.

Colibri will have a primary mirror of 1.3 meters in diameter, equipped with two cameras, one to detect in infrared and the other in the visible spectrum.

The investment of the joint astronomical project sums up to over $4 million.

This type of instrument offers the ability to observe objects whose light emission is highly variable, the counterpart of GRBs, such as supernovae or active galactic nuclei.

The Colibri project is of a high importance for the whole world as it aims to offer a better understanding of Gamma-Ray Bursts, one of the most mysterious phenomena in the Universe.