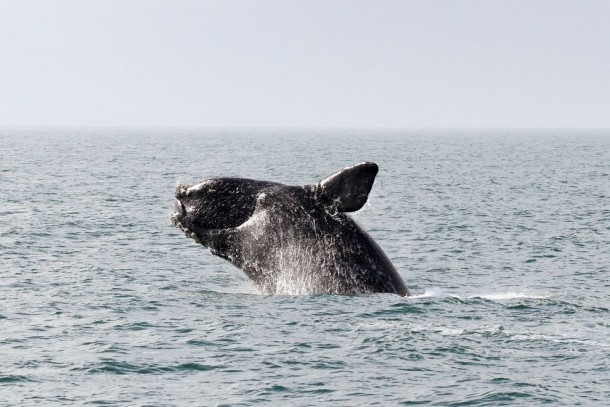 Last year was disastrous for one of the most threatened marine animals on the planet. 12 North Atlantic black whales died in 2017 in the Gulf of San Lorenzo, in Canada, and 3 more died in the northeastern United States. Experts estimate that there are only about 450 specimens of this species left.

Human activity appears to be responsible for these deaths

The autopsies carried out on seven bodies revealed that the crashes with boats and the damages of the gear for the fishing of snow crab were the causes of these deaths, according to the document made public by the Canadian Network for the Health of the Fauna.

St?phane Plourde, a researcher at the Maurice-Lamontagne Institute, told Radio-Canada that the warming of the oceans causes whales to change routes to look for food and, in this way, the risks for these animals increase.

Canadian Prime Minister Justin Trudeau said before the results of the autopsies were known that “we know that we have to take threats to marine fauna very seriously, which is why we are trying very hard to understand what happened and to make sure that it does not happen again.”

In mid-August, the Liberal Government took the first step in protecting the black whales as it imposed a speed limit of 10 knots (18.5 kilometers per hour) on vessels of more than 20 meters in length in the Gulf of San Lorenzo, which usually circulate at about 15 knots (28 kilometers per hour).

However, the provision was qualified as tenuous by environmental organizations and academic groups.

On January 23 Dominic LeBlanc, Minister of Fisheries and Oceans, explained at a press conference in Ottawa that fishermen will have to reduce the amount of rope that floats on the surface when the traps are placed on the seabed, in order to avoid harming North Atlantic black whales which might get in the area.

Two months later, the Marine Stewardship Council (known as MSC for its acronym in English) suspended the certificate of sustainability to the fishing of snow crab in the Gulf of San Lorenzo for not complying with the regulations related to the protection of endangered species.

Fishing gear must be removed from the water before June 30, two weeks before the last seasons. At the same time, fishing zones where whales were seen last year or in places that scientists believe will arrive to feed will close on April 28th.

Air and maritime surveillance will also be increased.

“These measures are important for the whales and for the economic future of the snow crab fishery in the Gulf of San Lorenzo,” LeBlanc said last month.

At the end of the summer we will know if the provisions will fulfill their purpose, namely, to protect in a strong way the black whales species that can reach 18 meters in length and 63 tons in weight, about which the Micmac people (one of the indigenous groups of Canada) has a great respect calling it “the queen of marine life.”