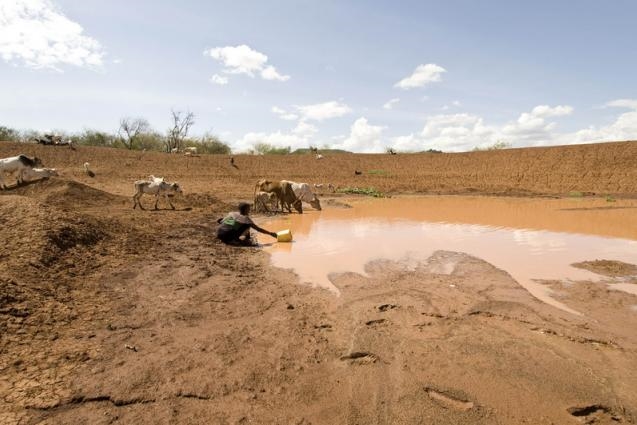 Women are more prone to be affected by climate change, according to some studies, a BBC report revealed in March. UN figures indicate that 80% of people affected by these changes are women. The Paris Agreement provides for a specific provision for empowering women, recognizing that they are disproportionately affected.

In Central Africa, where up to 90% of Lake Chad disappeared, indigenous nomad groups are, particularly, at risk. As the lake retracts, women are forced to travel far longer to provide water.

Dried seasons, as they are becoming longer than they’d normally be, bring even more negative consequences in the areas affected by climate change.

In Africa, women work harder than men to feed their families and to take good care of them and, due to the lack of resources, this hard job affects them more.

Extreme phenomena, whether due to climate change or not, seem to affect women more than men

Not only those women in rural areas of Africa and Asia are affected by devastating increasing temperature. Globally, they are more likely to face poverty since they have less physical power than men.

This makes it difficult for single women to recover by themselves from disasters that affect infrastructure, jobs, and living, says the study. They exemplify saying that, during one of the biggest natural disasters in the US, the Hurricane Katrina, in 2005, African-American women were among the most affected by the floods in Louisiana.

The impact of the meteorological and climatic change is influenced by social structures. Disasters do not affect all people equally.

Following a 2004 tsunami, an Oxfam report found that surviving men exceeded the number of women in a 3: 1 ratio in Sri Lanka, Indonesia, and India.

Another study found that catastrophic events reduced the life expectancy of women as many more females were killed and many more got ill after extreme phenomena.

In conclusion, statistically speaking, the study shows that women are more affected by climate change than men, especially in the event of extreme phenomena where more women died or got ill.