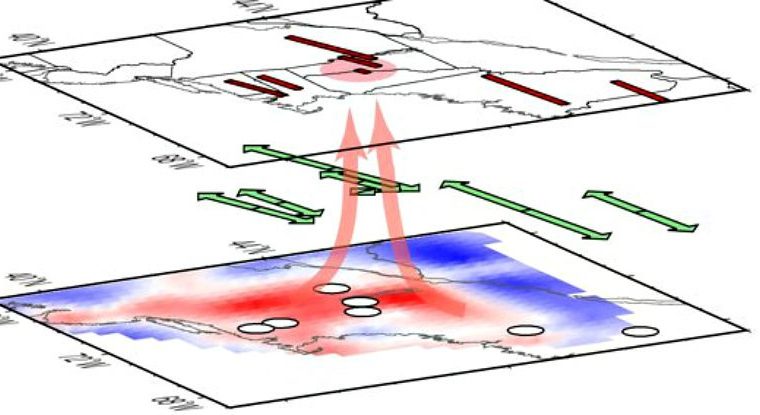 An enormous mass of hot rock is shaping up in the undergrounds, under Northeastern America, according to a new study. According to the scientists’ research, this mass is forming up underneath New England, more specifically under Vermont, New Hampshire, and Massachusetts, but can also be present elsewhere.

“The upwelling we detected is like a hot air balloon, and we infer that something is rising up through the deeper part of our planet under New England,” says Vadim Levin, a geophysicist at the Rutgers University in New Brunswick.

But, what puzzles the scientists is that there is no volcanic activity under New England, so this mass of hot rock could be a recent geologic phenomenon, even though that would imply that the mass is increasing steadily for millions of years. However, as this enormous mass of hot rock keeps on growing, it would eventually erupt, but there is no reason to panic right now.

“It will likely take millions of years for the upwelling to get where it’s going. The next step is to try to understand how exactly it’s happening,” explained Vadim Levin.

In the upper mantle, at approximately 124 miles below Earth’s surface, the team observed a thermal anomaly. The temperature of that respective area, which is of about 249 miles in diameter, is several hundred degrees Celsius higher than its surroundings.

“It is a very large and relatively stable region, but we found an irregular pattern with rather abrupt changes in it,” Levin explained.

According to the scientists, the enormous mass of hot rock is focused under Vermont but is also present under New Hampshire and Massachusetts. Even more, the researchers believe the hot rocky mass could be present under many more states, but they can’t assess that with the data they have now.