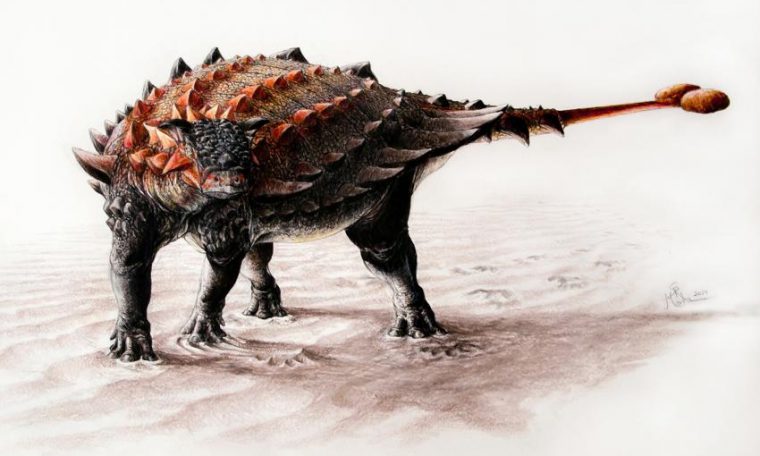 Mexican and German paleontologists discovered a new dinosaur species, the Acantholipan gonzalezi, which belongs to the Nodosaurus family, according to the National Council of Science and Technology (Conacyt). The fossil remains indicate that it is entirely different from any other registered species and that it lived for 84 million years on the northwestern coasts of the state of Coahuila during the Cretaceous period.

“It’s a nodosaur dinosaur, it’s like these armored dinosaurs, only unlike the ankylosaurus, which is the best known, it didn’t have a mallet in its tail,” said Hector Rivera, the leader of the study.

The finding comes after eight years of research in the state of Coahuila and, according to experts, confirms that many species of dinosaurs walked on the territory of Mexico tens of millions of years ago.

“We don’t need to think of countries or regions like southern Africa or the deserts of Argentina. Here in Mexico, we have a significant paleontological wealth, specifically in the state of Coahuila. We have this paleontological richness, and it is worthwhile for the population, children and young people to get involved in getting to know this heritage that belongs to all Mexicans,” said Jose Guzman, one of the participants in this discovery.

The finding is part of the “Dinosaurs of the Coahuila Desert Region” project, and although much of the skeleton is not available, scientists are counting on the key fossil material, known as a holotype, to determine what represents a new genus and species of dinosaur.

The discovery involved Mexican and German researchers from the Desert Museum, the Eliseo Palacios Aguilera Museum of Paleontology, the Karlsruhe State Museum and the University of Heidelberg.

The Mexican paleontologists hope that soon the fossils of this new dinosaur species will be exhibited in the Desert Museum, in Mexico.