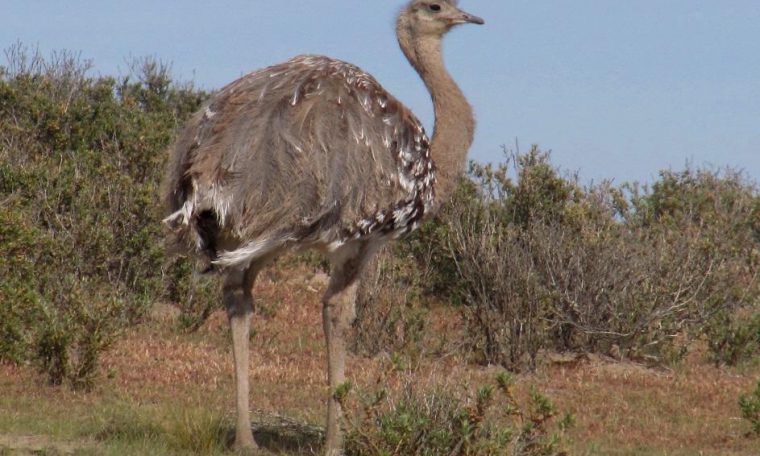 Rhea pennata birds are fast birds, although their movement is not by air but by land. The Rhea is a species that inhabits the Peruvian Altiplano and is currently in danger of extinction, due to multiple factors that are destroying the scarce population that still lives in the highlands of the Puno, Tacna, and Moquegua regions.

Although the Rhea pennata not only inhabits Peru but is also present in Bolivia, Chile, and Argentina, the populations present in the Peruvian highlands is in danger of extinction according to the Convention on International Trade in Endangered Species of Wild Fauna and Flora (CITES).

According to the specialists, poaching is one of the main threats to the survival of this species. This illegal activity is carried out with the intention of commercializing Rhea’s feathers for typical traditional dance costumes.

Also, these birds are threatened by anthropogenic activities such as mining and hydroelectric projects that disturb their natural habitat due to the presence of vehicles, heavy machinery, and workers.

In fact, according to Irma Franke Jahncke, a researcher in the Ornithology Department of the Natural History Museum of San Marcos, extractive activities such as mining, which uses heavy transportation vehicles, disturb the equilibrium in the Andean landscape, causing a strong impact on the habitat of the Rhea birds which requires extensive territories to move around and survive.

In addition, the species, also known as the Andean Rhea competes for food with other domestic animals and with the cattle of farmers who move their animals to higher ground.

On the other hand, Rhea birds meat is consumed massively and some parts of these birds’ bodies, such as the fat tissues, have a medicinal use. Also, consumption of Rhea eggs is another great threat to the evolution of Rhea birds species.