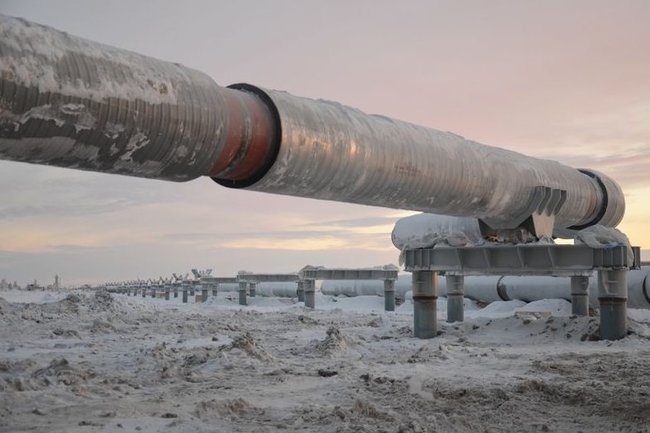 The global warming is not easy to defeat, and now Alaskan oil companies know it better than anyone. By following the strict US environmental regulations on tundra traffic, Alaskan oil companies thought they could maintain the fragile permafrost strong enough to continue to access and sustain oil pipelines throughout the winter season.

But that was without counting on the increase in temperatures, as partly due to the exploitation of these hydrocarbons in Alaska, the so-called ice roads disappear faster and faster, reducing at the same time the period of oil exploitation.

By 2003, the window had decreased by an average of two months compared to the 1970s, when the ice roads were open for more than half the year. A disaster for industrialists, who regularly pay 300,000 dollars a day to keep their teams ready while waiting to be allowed access to the oil fields.

A whole industry was developed to keep the ice roads and installations in excellent condition.

Invented in the 1970s, a piece of technology has made possible, in recent winter seasons, the installation of cooling tubes in the ground to keep the permafrost layer frozen. “To be honest, global warming is pretty good for our business,” said Ed Yarmak, founder of Arctic Foundations, who sold thousands of his metal tubes to Alaskan oil companies.

Partly buried in the ground, they expel heat from the field to combat the weakening of ice roads, pipelines, and buildings. It is also the fight against permafrost melting that allows oil companies to remain within the framework imposed by environmental standards.

Since 2003, travel on the tundra has been allowed only when “the ground is frozen to a depth of 30 centimeters and with at least 15 centimeters of snow on the ground,” while previously, the authorities quietly waited for the announcement of a temperature below zero to open the oil fields to traffic.

As the time passed and the global warming increased its effects, the oil exploitation reduced even more and now, paradoxically, Alaskan oil companies, mainly responsible for the climate change, now need to do their best to preserve the environment if they want to remain in business.