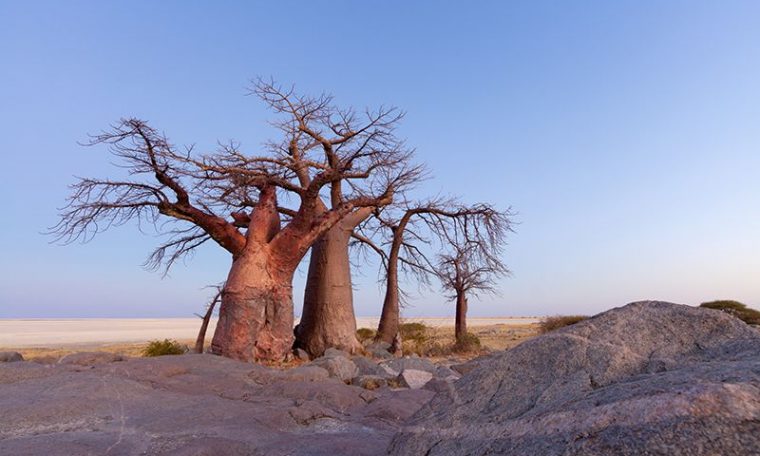 Scientists find it puzzling that some of Africa’s iconic trees, the largest and oldest baobabs, have collapsed in recent years for unknown reasons. They now blame climate change for this situation, but they found no solid proofs in this regard. The baobab, the mythical tree, is a sacred tree to many Africans. Commonly called “magic tree,” “the tree of life,” and even “the tree of the dead rat” because of the shape of its fruits, it is fascinating because of its gigantic size and extreme longevity.

Some specimens can reach heights of up to 30 meters, contain up to 500 cubic meters of wood, and live for 2,000 years. However, something fatal is happening to them, and scientists don’t know what.

Since 2005, the largest and oldest baobab trees specimens have died mysteriously. Scientists don’t know the reasons and are baffled, as acknowledged this week in the journal Nature Plants.

Adrian Patrut, from Babes-Bolyai University, in Cluj-Napoca, Romania, and co-author of the study published yesterday, analyzed more than 60 of the largest and potentially oldest baobabs in African savannahs, reports the Smithsonian Mag. The scientists’ objective was to understand in depth how the biology and structure of these trees that seem planted upside down allow them to grow so much.

The authors used radiocarbon dating to determine the age of samples taken from different parts of the trunk of each specimen.

However, scientists unexpectedly discovered that eight of the thirteen oldest baobabs and five of the six largest ones had died or that their oldest parts had collapsed since 2005.

But the most famous baobab in history is the 1,400-year-old, 22-meter-high Chapman baobab in Botswana. Its name comes from South African hunter and explorer James Chapman, known for his hazardous foray into Victoria Falls. The Chapman baobab also died suddenly, on January 7th, 2016, when the six stems that formed the trunk of the tree fell simultaneously.

Scientists stress that no sort of diseases caused this situation.

Instead, they suspect that, at least in part, significant climate change effects in the region, which mainly affects Southern Africa is killing Africa’s iconic trees, the baobab trees. However, they acknowledge that more research is needed to confirm this hypothesis, as for the moment, the cause of death of these Africa’s iconic trees remains a mystery.