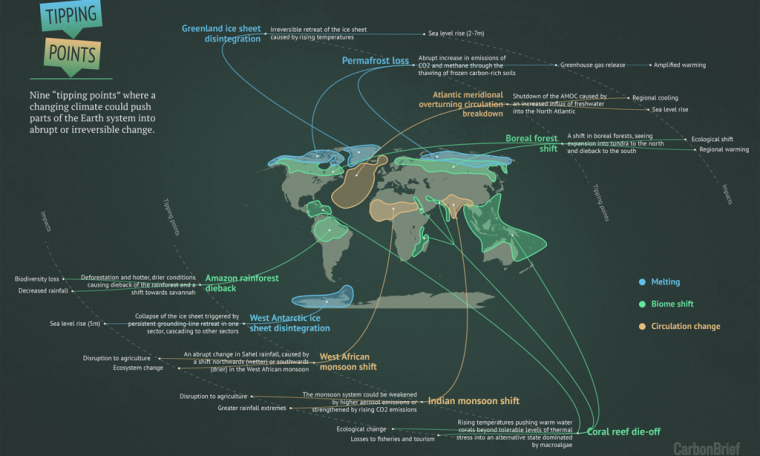 Dario Zappala, a researcher at the Polytechnic University of Catalonia, in Spain, has discovered a new pattern of climate change by finding large anomalies in temperature oscillations near Greenland, where the thermal amplitude has fallen by 50% since 1979, and in the Amazon, where it has increased by 50% in only a decade.

In his research, published in the scientific review Earth System Dynamics, Zappala has quantified and characterized these changes and has found a pattern using a rare methodology in the study of climate change, which he applies to oscillations and changes in the amplitude and frequency of temperatures.

“The planet’s climate is a complex system, where many elements interact with each other. To understand how it works and how or why the changes occur, it is not enough to study in isolation the elements that make it up,” explained Zappala.

The scientist has discovered a new pattern of climate change that confirms, beyond the already known increase in temperature, major changes in certain regions that could significantly affect the planet’s climate balance in a short period of time.

According to the pattern of climate change discovered by Zappala, since 1979, in the area near Greenland, the amplitude of the temperature oscillations has decreased by about 50% and the minimum temperatures peaks have been reduced significantly over the last 10 years due to the melting of polar ice.

As for the Amazon rainforest, Zappala has confirmed that the amplitude of the temperature oscillations has increased by 50% due to the drastic decrease in rainfall in this important area for the Earth’s climate system.

In this area, according to the scientist, the temperature difference between the dry and rainy seasons has increased, with peaks of very high temperature over the last 10 years.

According to the researcher, their “work is conclusive evidence of significant climate change.” Dario Zappala and his team have demonstrated with tests of statistical significance that the changes are real and systemic, and not the result of chance.