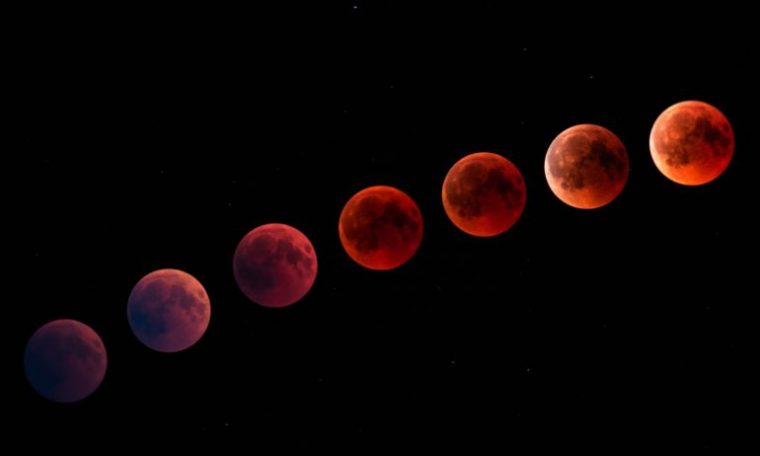 The Moon will turn bloody on the 27th of July during this century’s longest lunar eclipse. But why does it turn red and how? Keep reading below to find out.

During the lunar eclipse, the Moon will disappear by passing through Earth’s shadow, also called umbra. The umbra is so dark that it will render the moon completely invisible, monetarily disappearing from the sky.

The vent will take over hours with a partial eclipse taking place before and after the anticipated full eclipse. Soon after the full eclipse ends, the moon will take on a deep tangerine shade and emerge as the ominous Blood Mon, considered a sign of bad omen in many folklore tales around the world.

While a total lunar eclipse takes place roughly two times a year, this is the second Blood Moon to happen this year. It will be visible from many places around the globe, at different hours. While in some places the eclipse will be visible in full, in others only the partial eclipses will be visible, due to the specific geographical position. In the case of UK, the Blood Moon will be visible all over the country starting at 8.50 BST for London. Sadly, enthusiast stargazers From the US, Central America and Canada will not be able to see the celestial show.

And now for the answer, you have been waiting for. While the Moon passes through the umbra, it is bombarded with refracted sunlight, from the Earth’s atmosphere. The sunlight is filtered, with red and orange being the only visible colors remaining. The effect, also known as the Rayleigh Scattering is also the source of the red skies during sunset and sunrise, and the shade of blue the sky normally during the day.

The color will vary depending on the state of the atmosphere at the given time, ranging from crimson to orange. Now that you know how it works, mark the date on your calendar and go see it for yourself.