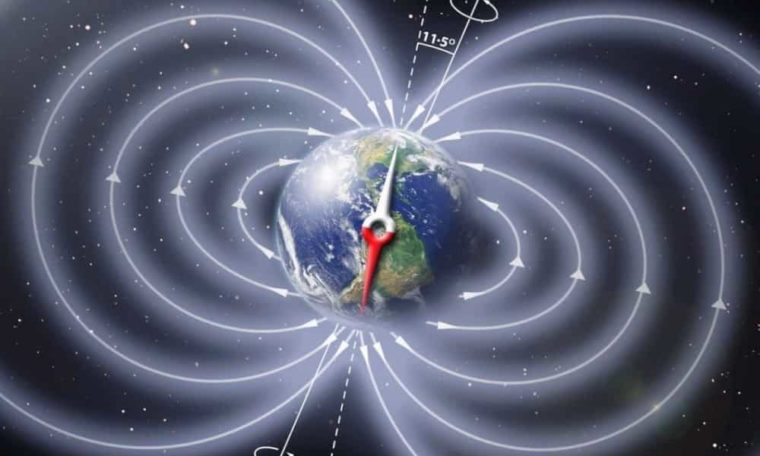 In the late Ediacaran period, the Earth’s core started solidifying right after several significant changes in our planet’s magnetosphere. As a new study reported, Earth’s magnetic field was on the brink of collapse over 500 million years ago.

Fortunately for us, the Earth’s core started solidifying right when the Earth’s magnetic field was at its weakest level, about 565 million years ago, in the so-called Ediacaran period. If the core had remained liquid, the Earth’s magnetosphere would have collapsed, and the evolution of life on Earth would’ve stopped.

Earth’s Magnetic Field Was On The Brink Of Collapse Over 500 Million Years Ago.

“The Ediacaran age of the ultra-low geomagnetic field intensity is intriguing. Suggestions that a decreased magnetic shielding had an effect on the profound changes in animal evolution that marked this, and the succeeding early Cambrian interval, are controversial,” the scientists wrote in the study’s report that they posted on Nature online journal.

“Nevertheless, the field intensity was, indeed, extraordinarily low and the long-term magnetopause stand-off distance would have been lower than 4.5 Earth radii, a value less than that of recent severe solar storms in which coronal mass ejections compress the magnetosphere on hour timescale,” the scientists added.

The new study solved out the puzzle that troubled researchers, and finally revealed when the Earth’s core started solidifying. According to the research, about 500 million years ago the Earth’s magnetic field was on the brink of collapse. The Earth saved itself by starting to solidify its inner core, recharging the magnetosphere and allowing the evolution of life on Earth to continue.