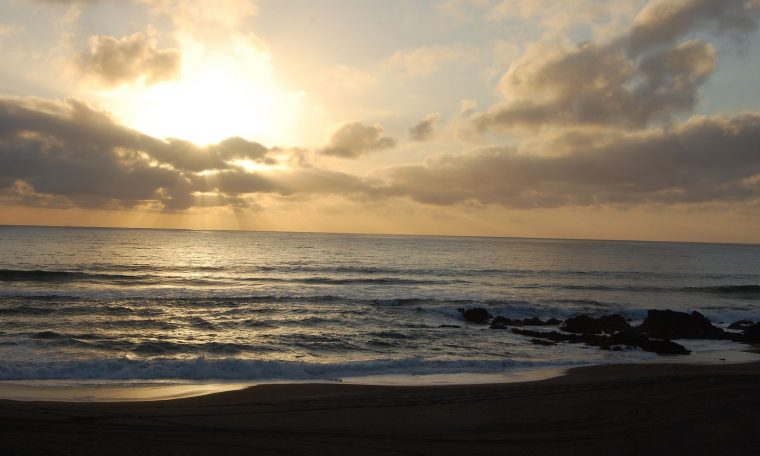 A unique phenomenon appeared on coastal Chile, in the southeastern Pacific Ocean, a basin that is typically free of these kinds of phenomena. An exceptionally rare subtropical storm took shape on May 6th off the central coast of Chile. Global warming was blamed for this unique weather phenomena.

The advanced instruments aboard the EUMETSAT satellite found that the storm had a well-defined low surface area, with winds of 64-72 kilometers per hour and shallow storm activity surrounding it but not at its center.

According to weather.com, these properties define the storm system as a subtropical storm, a system with characteristics of a conventional tropical cyclone and a colder, non-tropical, low-pressure system that can be seen above ground or water at mid-latitudes.

The unique weather phenomenon was formed in water temperatures which, commonly, should’ve been between 18 and 20 degrees Celsius, which is usually not enough to “power” the activity of a thunderstorm that would help build a subtropical or tropical cyclone.

In this case, as with many subtropical cyclones of this nature, it had some atmospheric support. This cyclone was in the middle of an upper-level channel, or cold, low-pressure pool, which added the instability necessary for the thunderstorms.

The system rotated clockwise, a typical characteristic of any storm in the southern hemisphere, as both high-pressure and low-pressure systems rotate in the opposite direction as they do in the northern hemisphere.

Interestingly, however, if there had been a cyclone season in that part of the world, this unique weather phenomenon would’ve felt within this category.

A cyclone in the South Pacific that occurs in May is like a tropical storm that occurs in November in the Atlantic. If there was a peak month for the activity surrounding South America, it would be in February or March, so this system is quite late.

Some ecologists consider that global warming is to blame for such a phenomenon. Accordingly, the climate change and the sudden heat waves that hit the oceans can cause such rare phenomena.

What is certain, however, is that never in history, another subtropical or tropical storms have been documented in that part of the world during this period of the year.