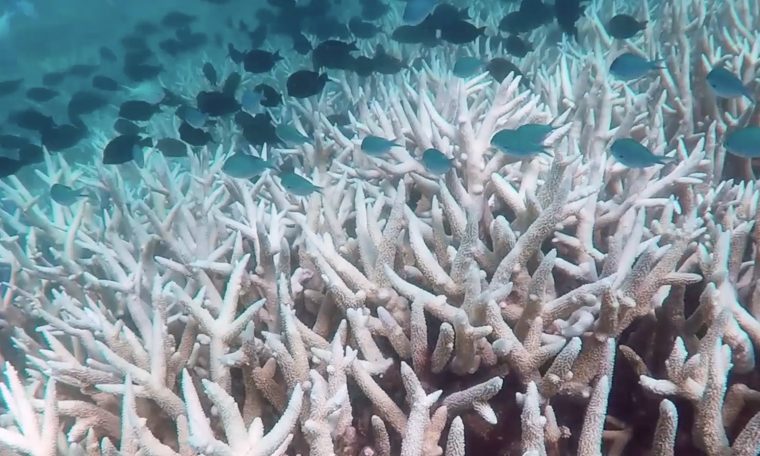 The solution for saving corals, already on the brink of extinction due to coral bleaching caused by global warming and marine climate change, might come from CRISPR, a DNA sequencing series of operations commonly conducted on bacteria and archaea.

The researchers at the Stanford University have proven that the CRISPR gene-editing operation can be successfully used on corals in order to modify their DNA to give birth to stronger, more resistant, and more adaptable coral breeds.

Coral reefs, affected by coral bleaching, are endangered due to global warming and marine climate change

The continuous heating of the water, during the past years, has threatened and even killed nearly 50% of all the corals living in the shallow waters in the northern parts of the Great Barrier Reef, in Australia, as a result of the continuous coral bleaching process which occurred at a very threatening level, for the first time, in 2016.

Unfortunately, the same is happening with corals all over the planet, including the biggest Japanese corals reef and the Amazonian one. Thus, without help, corals, one of the most important marine ecosystems, will vanish.

CRISPR can be used avoid the total extinction of the corals

Of course, the corals are not the perfect candidates for CRISPR interventions but, definitely, these procedures can be implemented to obtain more resistant corals breeds which will better adapt to the continuous increase in temperature due to global warming.

Phillip Cleves, supported by his counterparts from the Australian Institute of Marine Science and UT-Austin, managed to obtained corals’ zygotes after a very thorough process involving perfect observation and timing since it is known that corals breeding period only starts in October and November and it’s a process triggered by full Moon.

After successfully acquiring the zygotes, the scientists focused on 3 corals’ genes, namely, the red fluorescent, green fluorescent, and fibroblast growth factor 1a, respectively.

While the first two genes could be only slightly modified, the scientists scored a breakthrough with the 1a growth factor gene. Therefore, Dr. Cleves and his colleagues managed to highly mutated embryos.

The scientists concluded that, with specific mutations in the growth factor 1a gene, they will be able to come up with more resistant and adaptable coral species which will not be harmed by coral bleaching or by the continuous global warming and marine climate change.