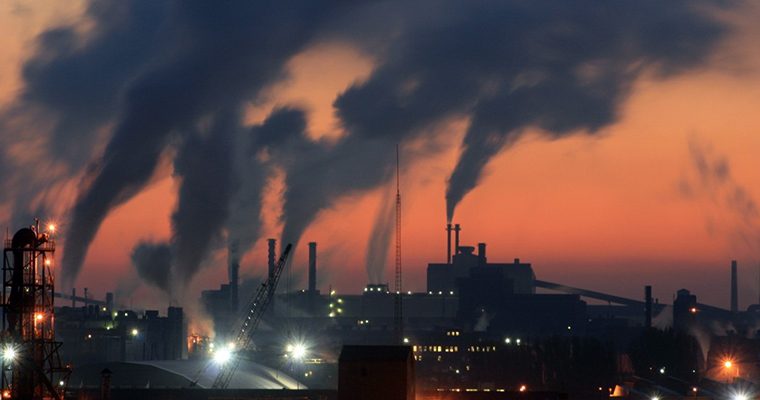 Atmospheric carbon dioxide emissions have surpassed the average of 410 parts per million for a whole month for the first time ever since man first began tracking the Earth’s atmosphere. This is a critical point which drives the planet nearer to global warming than has been considered “safe” by both the scientific community and governments.

The carbon dioxide levels, whose greenhouse effect catches the heat and propels the negative effects of climate change, amounted to approximately 280 parts per million by 1880, on the eve of the industrial boom. Now, these level are about 46% bigger.

Ralph Keeling, who heads the CO2 monitoring center at the Scripps Institute of Oceanography, told Tierram?rica that the growth rate is around 2.5 parts per million annually. The rate has been rising since 2010 more than between 2000 and 2009.

“It’s another milestone in the rise of CO2 over time. It brings us closer to some targets we don’t really want to reach, like getting more than 450 or 500 ppm. It’s pretty dangerous territory,” explained Keeling referring to the latest estimates.

The global carbon dioxide levels have been even higher than the actual levels during history but those times were way before the first humanoids crawled on Earth. Accordingly, the researchers are troubled that the present pace of change is more rapid when compared to the pace the Earth is accustomed to.

For instance, in the hot mid-Pliocene era, which occurred more than 3 million years ago, the carbon dioxide levels were around 400 parts per million, similar to the recent readings, but, back then, the Earth’s sea level was 66 feet higher or even higher than that and the weather was hotter than it is at the present.

Thus, according to Ralph Keeling, the Earth is not yet prepared as a planet to cross above 1.5 or 2 degrees Celsius but if nothing is done to lower the carbon dioxide emissions and global warming during the next century the world will get closer to these temperatures.