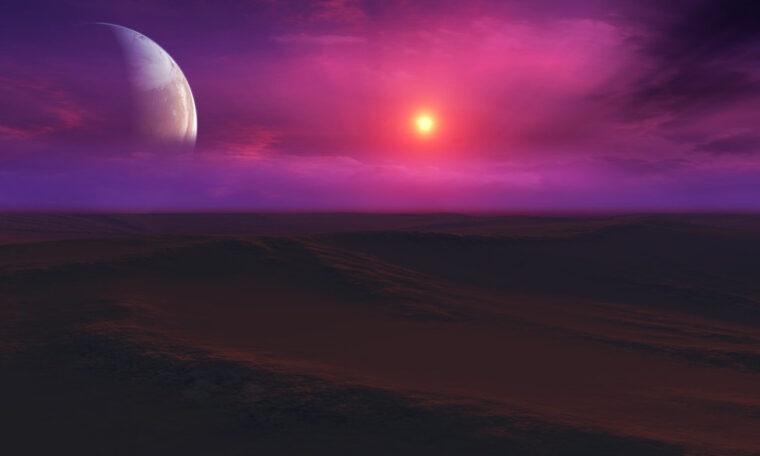 Seeing the planets that are outside our solar system is impossible for our telescopes, as the starlight-host of these worlds overcomes its own brightness. However, astronomers can detect exoplanets and even study their composition and their atmospheres. According to a new study focused on a planet 179 light years away, scientists have discovered that the so-called exoplanet HR 8799 C has water in its atmosphere.

HR 8799 C orbits the star HR 8799, along with three other planets, named as HR 8799 B, D and E, respectively. However, HR 8799 C is the most interesting of these four exoplanets, as it is a gas giant seven times more massive than Jupiter, the largest planet in our solar system.

In addition, this exoplanet at 179 light-years away has water in its atmosphere. The discovery was made by astronomers using the Keck Observatory and its latest technologies in observations of exoplanets. Thanks to this advanced telescope, the scientists were able to come up with a new analysis of the HR 8799 C, first discovered in 2008.

“This type of technology [Keck Observatory] is exactly what we want to use in the future to look for signs of life on an Earth-like planet. We are not there yet, but we are marching ahead, “said Dimitri Mawet, a professor of astronomy at Caltech and a JPL scientist, and co-author of the new study.

“Now with Keck, we can already learn about the physics and dynamics of these giant alien planets, which are nothing like our own planets in the solar system,” said lead author Ji Wang.

As for the exoplanet HR 8799 C, Wang added that scientists “are now more certain about the lack of methane on this planet. This may be due to the blending into the planet’s atmosphere. Methane, which we hope to be there on the surface, can be diluted if the convection process is bringing deeper layers of the planet that have no methane. ”

According to the study, this exoplanet 180 light years away from us has water present in its atmosphere. However, this world is not habitable.