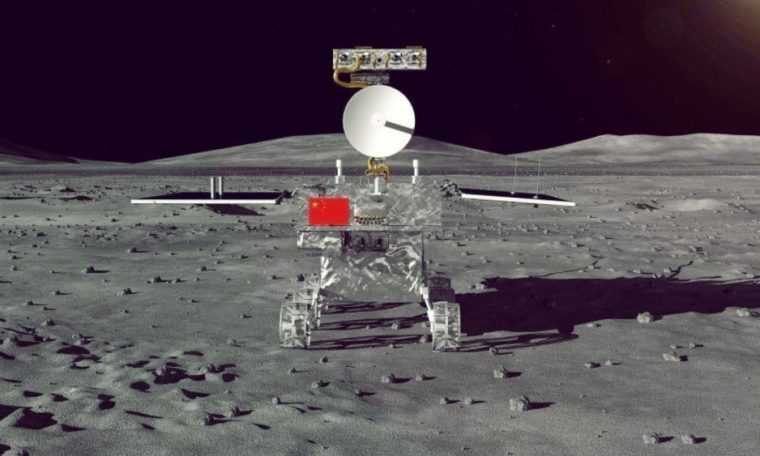 China has made history this year with its Chang’e 4 lunar lander. Chang’e 4 has become the first spacecraft that have touch down the far side of the Moon. Now we have news from Yutu-2, another land rover. Yutu-2 has detected signs of lunar mantle material for the first time. The minerals found there must be studied, and after some analyzes, we will know if the discovery can prove that what they have found is part of the Moon’s mantle. The study was published in Nature journal.

All the data gathered from the mission could help scientist to find out and understand how the Moon and Earth have formed. The purpose of the mission was to land Chang’e-4 inside of the Moon’s Von Karman crater. The crater is one of the most significant impact structures from the Solar System. During Yutu-2’s exploration, the vehicle has found two minerals: olivine and low-calcium pyroxene. The two minerals can reveal what the Moon’s upper mantle contains. So instead of looking everywhere for the lunar mantle material, the scientists have bet on the crater and what information it could provide.

Moreover, from the data they have right now, scientists are suspecting that the Moon’s crust and the mantle layers are two distinct materials. They are going with this theory because of the magma Ocean that has cooled down and solidified. Unfortunately, all the information about the Moon’s composition are formed from the surface samples gathered in the Apollo mission, and all of them are from the near side of the Moon.

Finally, even if these kinds of data collected from the mantle haven’t been done by anyone until now, some scientists say that the study can be inconclusive. They are saying that Yutu-2 spectrometer could have found volcanic glass or solidified melt from the first impact that created the Von Karman crater. But that doesn’t stop Yutu-2’s mission to collect and study the materials found, and maybe someday, the scientist will have a better understanding of the geological context and origin of the samples.