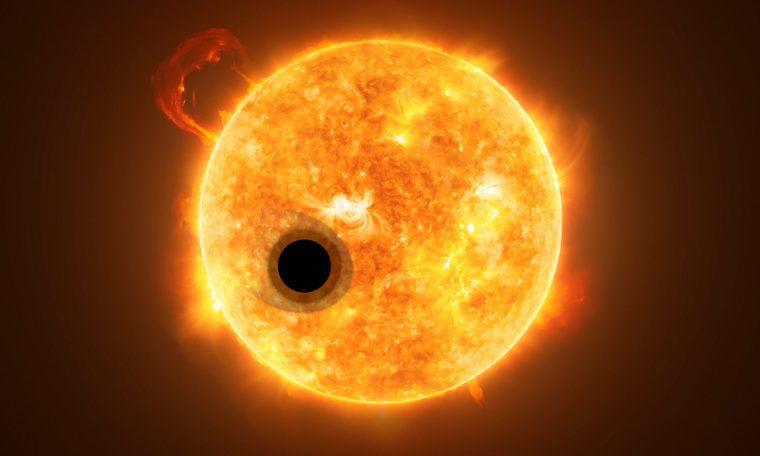 For people that are not part of the scientific community or that are not interested in these types of phenomena then this finding would not seem that spectacular to you. However, a group of researchers coming from the University of Exter in the United Kingdom have found helium gas present on an exoplanet that was hundreds of millions of light years away from Earth and a part of the constellation of Virgo.

What planet are we talking about?

The exoplanet in the cause is named WASP-107b.  It has been revealed that it has a large level of helium gas in the upper atmosphere. This planet was only discovered by scientist last year and Jessica Spake was the leader of this project.

How did they discover this?

In order to find out the gas composition of a planet, scientists have to analyze a spectrum of light that passes through the upper part of the planet’s atmosphere to determine what gases are present there. The type of light that is used in these situations I infrared light.

Helium is not an undetectable gas by far, being the easiest one to find, but the fact that it was found out in a planet that was not part of our solar system is the biggest part. This means that future research teams could use this type of infrared light paired with the images collected by the James Webb Space Telescope in order to detect the exact amounts of hydrogen and helium that are present in a planet’s atmosphere.

The cloud of helium that was found in the atmosphere of WASP-107b extends and it even surrounds the planet which means that if similar planets have a has a composition that mirrors that of WASP-107b then scientists could better understand how these planets were formed and maybe even the uses that these gases have.