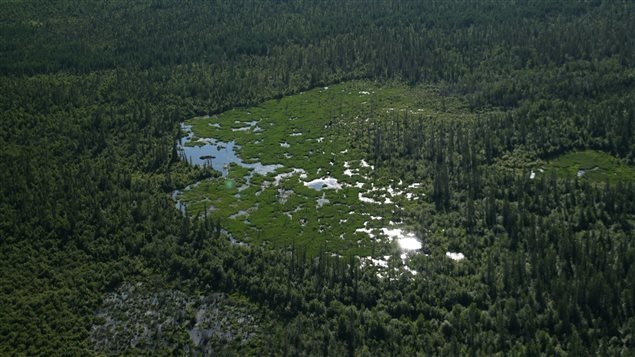 Beavers are funny animals. The beavers importance for Canada made them become the national animal of Canada, along with the Canadian horse. Despite these facts, now, Canadians have another reason to praise their beavers as these animals have built the largest beaver dam in the world in the Wood Buffalo National Park. And this construction is visible from space.

Beavers dams are their way to defend against predators

In reality, beavers build dams for two main reasons. While the first one is to build some kind of “defense wall” against predators such as bears, wolves, and coyotes, the second reason is a more “administrative” one, namely, to help beavers have easier access to waters during winters.

By implementing such constructions in their ecosystem, they tend to change the other animals’ ecosystems. Thus, the beaver is considered a keystone animal within an ecosystem.

Nonetheless, these furry little animals are pretty innovative species as they use leaves, woods, branches, mud, rocks, and water to fulfill a resistant dam construction. Even more, beavers are, instinctually, great builders as they can build any type of dams to match the environmental conditions, such as the water speed and depth.

Beavers are usually building 300-feet dams but this particular one has about 2,800 ft, a fact which makes it the largest beaver dam in the world and makes it visible from space.

This great creation can be found in Wood Buffalo National Park, in Alberta, Canada, and is twice larger than the Hoover Dam.

According to the NASA’s images, taken with the World Wind satellite, the dam is in continuous growth since 1975. In the beginning, beavers started to build 2 different dams, in the same area. As the time passed by, the beavers united the two dams into one huge beaver dam.

The largest beaver dam in the world, the Wood Buffalo National Park beaver dam, was discovered, by chance, by a scientist who was navigating the region with Google Earth.