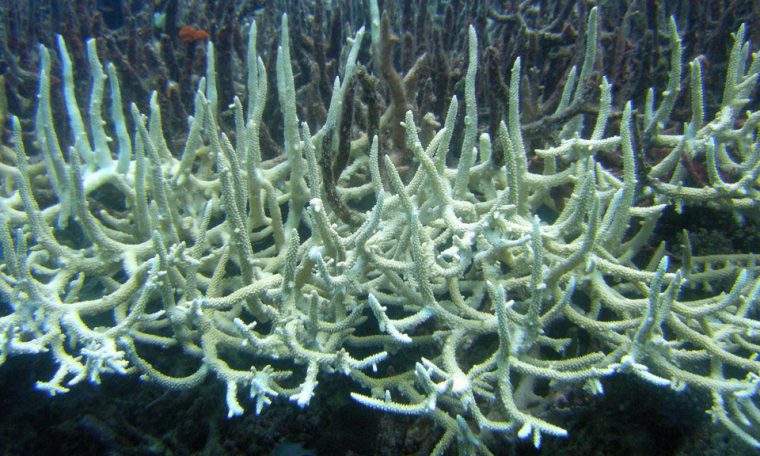 Unusual low water temperatures have destroyed some of the corals in Japan, one of the world’s northernmost corals, an official from the Japanese Ministry of the Environment said today. In recent months, the Ministry has inspected corals off the Pacific coast of Japan and found that much of the coral was milled. Corals in the area were also affected by coral bleaching.

“In four of these cases, the researchers reported the death of 85% to 95% of the bleached corals”, said Yuto Takahashi.

The damage appears to be the result of an unusual drop in water temperature this year, due in part to a change of course in the Kuroshio current that carries warm tropical waters to the north, the researchers agree. This phenomenon also caused lower temperatures in Wakayama Sea.

The lack of the powerful Kuroshio current that passes through the Pacific Northwest has caused the rise of the cold waters from the depths.

Scientists have little knowledge of the reasons for these situations, which have only been observed 6 times since 1965, the most recent one occurring during the last summer.

In addition to their effect on temperature, the rise of cold waters from the depths of the ocean modifies fishing zones and affects navigation, according to the Japanese Meteorological Agency.

The phenomenon recently observed in Japan “is different from the bleaching observed on the Great Barrier Reef or in Okinawa, caused by the warming of the water,” says Takahashi.

The Japanese archipelago shelters in its temperate zones, up to the bay of Tokyo, the most northerly coral species in the world, of a different aspect from those more distant from the poles.

The magnificent reefs of an infinite variety of subtropical and tropical areas, such as the Great Barrier Reef off Australia, are whitening and dying as a result of global warming.

Reefs, which cover less than 0.2% of the ocean’s surface, are home to 30% of marine animal and plant species, protecting them from predators and serving as their pantry. They contribute to the protection of the coasts, to the food of the men, to the tourism.

Unfortunately, unusual low water temperatures, due to a change in Kuroshio current, have destroyed some of the corals in Japan, already affected by coral bleaching.