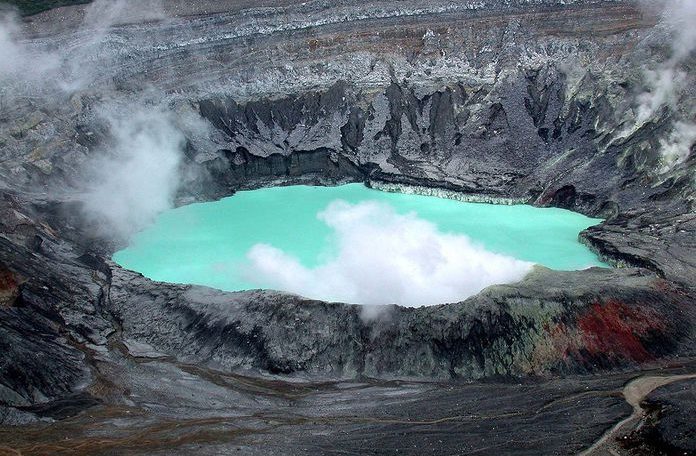 The microbes found inside the crater of Poas volcano, in Costa Rica, are very resistant and can hold the keys to unraveling the mystery about the existence of life on Mars.

A team of scientists from the University of Colorado in Boulder, USA, discovered the presence of microbes in samples taken from a lake located inside the crater of the Poas volcano in Costa Rica, hoping to find clues about what the Red Planet was like in its early period.

“We had done similar studies on other volcanoes and sometimes we didn’t find anything because the conditions were too harsh to allow for any kind of life, while elsewhere we found diverse communities of microbes,” said Professor Brian Hynek, the study’s leader.

Microbes live in the harshest environment that is Poas volcano Laguna Caliente crater, raising hopes that there might be life on Mars

The team of researchers, whose work was published in the latest issue of the scientific journal Astrobiology, collected samples at a site known as Laguna Caliente, a lake located inside the crater of the Poas volcano whose water is 10 million times more acidic than tap water, for example, and can reach boiling temperatures.

“This is a place that, to a large extent, has the same chemistry and minerals that were previously present in Mars’ hydrothermal systems. By studying this site we can learn what was happening on Mars 3.5 billion years ago,” explained Hynek.

“Mars is a great place to look because it had conditions that could have allowed life forms similar to those on Earth,” Hynek said, noting that he was encouraged to find life in the volcano despite the harsh conditions there, dominated by high toxicity.