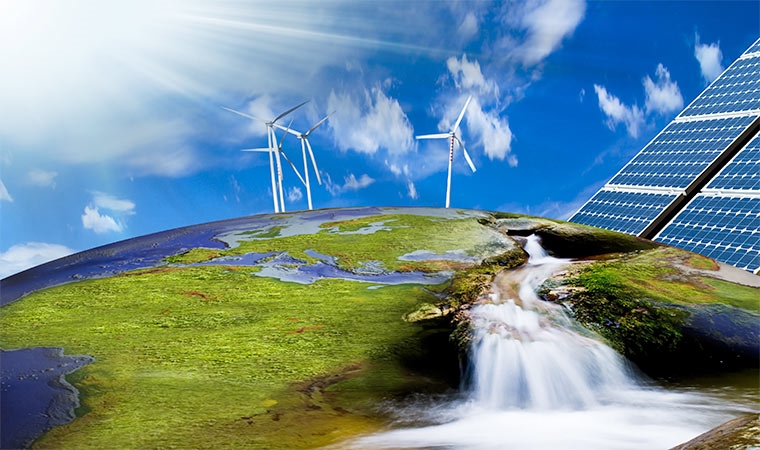 The analysis carried out by the German company Kaiserwetter, dedicated to the management of technical and financial assets of renewable energies, through the use of cutting-edge digital technology, has confirmed for the first time that the production cost of green energy is already below the costs of conventional energy production.

Fossil fuel and nuclear energy cost between $49 and $174 per MWh during 2017, while projects in renewable energies were between $35 and $54.

The average international cost of the hydroelectric projects was, without subsidies, around $50s per MWh. On the other hand, the wind energy costs $51 per MWh, while the solar photovoltaic energy costs $54 per MWh.

Renewable energy not only equals the production of fossil fuels, it is already even cheaper

The latest photovoltaic energy auctions in Dubai, Mexico, Chile, Abu Dhabi, or Saudi Arabia, and onshore wind energy in Brazil, Canada, India, or Morocco, in 2017, suggest that the standard cost of energy can be reduced to $30 per MWh in 2018.

Precisely, the analysis of Kaiserwetter aims to cover the gap of fossil sources with green energy which is presented as a cheaper option. In advanced countries, the conventional energy production, especially the nuclear energy, have already exceeded (or are about to) their 40-year lifespan and will be forced to close or upgrade.

Only 14 countries plan to build new reactors now and only 3 are under construction since 2016. These plants will still take years to produce energy and present a high construction cost. Taking the United Kingdom as an example, the two new Hinkley Point reactors present construction costs (without financing costs) of $26.2 billion and venture a production cost of $118 per MWh.

In this line, the European Wind Energy Association (EWEA), foresee average nuclear cost of 102 Euros per MWh in 2020, in the EU.

The decrease in costs offered by green energy

This decrease in the cost of renewable energy, which is around 80% since 2010 (for example in the photovoltaic field), has occurred for several reasons.

From the technological improvements and the competitive simplicity of renewables, through a broad base of project developers, especially investment funds and banks, to the environmental-friendly concept behind the green energy, the costs of this type of energy becomes lower and lower, with time.