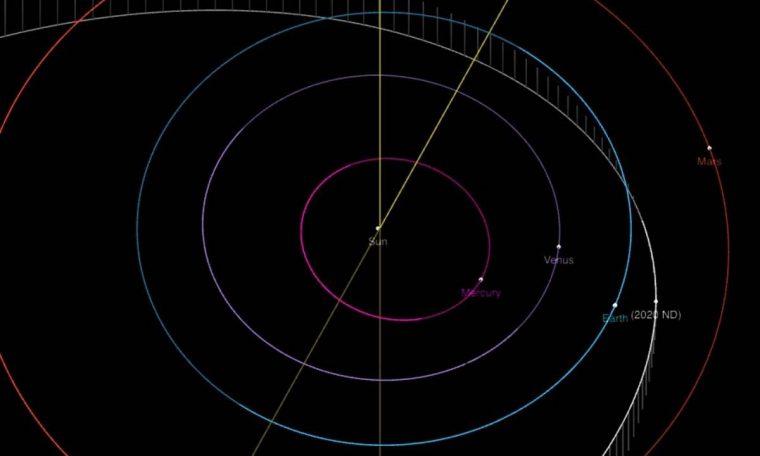 On Friday, 10:46, this week, Earth will witness a rare event that occurs only one time a year. It’s called Aphelion. The opposite sibling is Perihelion.

The one that observed the two phenomena was Johannes Kepler, that lived in the sixteenth century. He found out that orbiting objects are having a greater speed at perihelion and slower at aphelion. Mark Hammergren, an astronomer at the Adler Planetarium in Chicago said that the mathematician “figured out the orbits of the planets were elliptical in shape and that the Sun was offset from the center”.

All depends on the angle

George Lebo, a cosmologist at NASA’s Marshall Space Flight Center in Huntsville stated that seasons are “shaped primarily by the 23.5-degree tilt of the planet’s spin-axis and not by the mild eccentricity of Earth’s orbit.” The tilt of the planet influences whether the Sun’s energy will strike the Earth at a low angle or more directly. Heat received by any region is depending on the angle of the Sun higher up at the horizon.

Generally, the Aphelion happens two weeks after the June solstice, during the first day of winter in the Southern Hemisphere and the first day of summer in the Northern Hemisphere. Earth’s is not a perfectly circular planet. And every planet has a specific spot where it is neighboring the Sun very near and another where it is at a maximum distance from it. But humans don’t have the potential to recognize the changing of speed or distance with the bare eyes.

July is a summer month and the warm weather is baking in heat waves the population. Surprisingly, at that time the Earth is situating in space the farthest from its star. While January comes with snow, cold winds, ice all over the place, Sun neighbours the Earth closer. Perihelion comes with a greater intensity of light, in comparison with the sunlight that comes on Earth in July.

Sun rays are not so strong in the Northern Hemisphere, during July. At the first sight, this is not possible. The right explanation comes with the fact that that most of our planet is containing oceans. The water stores the heat and keeps a balance for seasons.