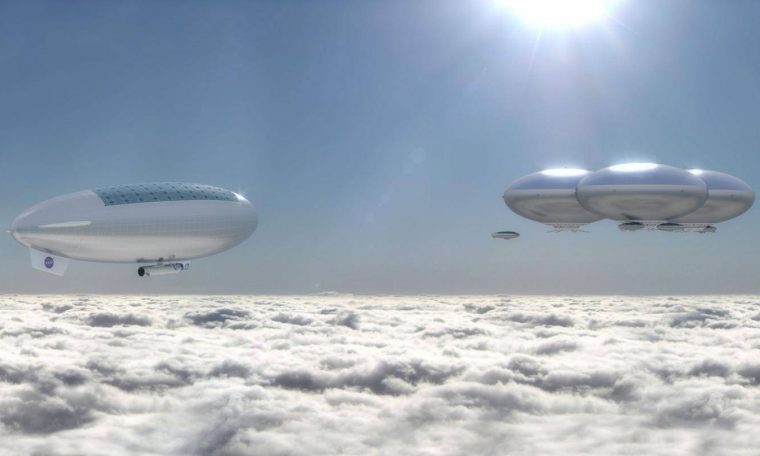 For over 50 years, the US human space program directed by NASA has fluctuated around two major objectives, namely, to set up a lunar base and to send the first manned mission to Mars. However, the scientists from the NASA’s Langley Research Center came up with a new target as they are working on HAVOC, a manned space mission over the clouds of Venus.

The crew has outlined their plans already and carried out minor trials of a sort of an aircraft like a dirigible that will transport a two-person crew on a one-month long voyage over the Venus clouds.

Named HAVOC (High Altitude Venus Operational Concept), the spacecraft that would fly people over Venus atmosphere, would be the first one of a bigger plan that involves the “long-term atmospheric habitation and colonization” of Venus.

Venus is approachable as it’s the nearest planet to Earth in the Solar System, HAVOC team says

According to the researchers at NASA’s Langley Research Center, Venus is similar in size and mass with the Earth, a fact that makes it the best planet in the solar system for exploring the possibilities of life on other Earth-like worlds. Even more, “the atmosphere of Venus is one of the more hospitable locations in space,” according to Chris Jones, the HAVOC mission director.

However, this affirmation is quite surprising as NASA itself has studied Venus atmosphere and stated that temperature there can reach 850 degrees F (about 450 degrees C) and the air pressure reaches 1,300 pounds per sq inch. Nonetheless, the Venus clouds are composed mainly of sulfuric acid.

But when moving about 30-40 miles above the Venus surface, the atmosphere is quite bearable, as the temperatures at that altitude reach 170 degrees F (about 77 degrees C) and the air pressure is similar to that of the Earth. Also, the Venus acidic clouds are way beneath, so the HAVOC aircraft would have enough solar sunlight to charge its batteries.