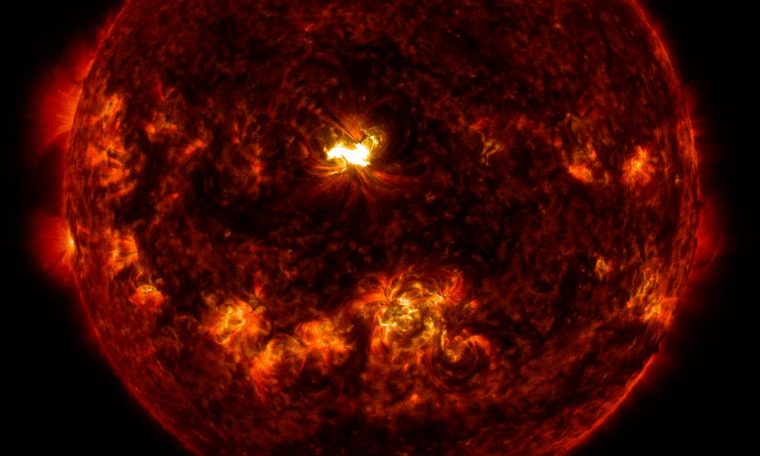 About 160 years ago, a massive solar storm hit the Earth and disrupted the telegraph system and caused large northern lights that were visible from Jamaica. Back then, the damages, called the Carrington Event in the cases of solar storms, were limited but not because that solar storm was not big enough but just because the world was not as “connected” as it is today.

However, one thing is clear. Namely, a massive solar storm will hit the Earth, sooner or later, and we aren’t prepared for it, and it might destroy the world’s electrical grid leaving us in the dark and without the “precious” technology we so easily access day by day.

But the electrical grid disruption could lead to other issues, some of which are even more serious. Scientists from MIT, NASA, and ESA explained how a solar storm might cause damages to us, even though the Earth is shielded by the magnetic field which absorbs most of the solar radiations.

We aren’t prepared for a massive solar storm

“An event of that scale [as the one of 160 years ago] could be catastrophic if it happened tomorrow. It’s not just the lights going off now. It’s bank accounts disappearing. It’s utterly central to everything, including national defense,” explained Francis O’Sullivan from the MIT.

A massive solar storm would send megatons of charged particle towards the Earth, and if these particles breach the magnetosphere, everything that is electrically powered might die. Even more, the communications satellites might get burnt before the solar radiation hit the surface of the Earth.

If that were to happen, communications would drop and planes, for example, would fly blind in the skies.

That’s the reason why both NASA and ESA focused on sending space probes near the Sun to study our star’s activity and to send warnings back home when something like a massive solar storm will happen.