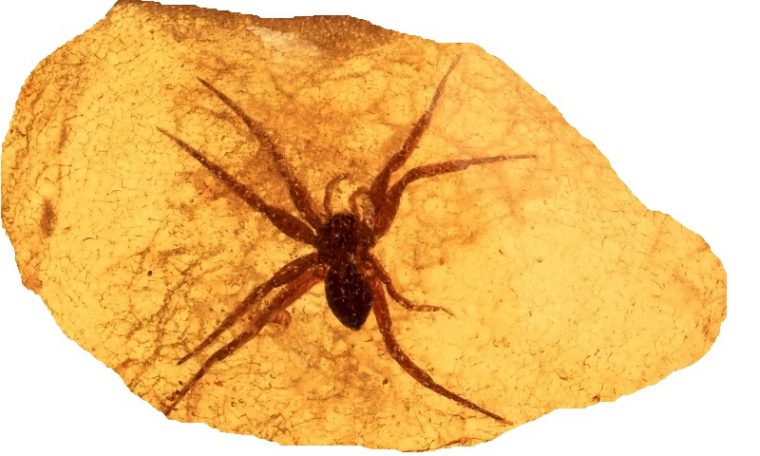 Insects trapped in amber thousands of years ago do not tell the whole truth about what they were like and what happened in prehistoric forests, according to a study conducted by eight Spanish, German and North American researchers.

Although for scientists, fossil resins, capable of conserving insects trapped in distant times, are an open window to discover the planet’s biodiversity of millions of years ago, the new study, published by the Proceedings of the National Academy of Sciences (PNAS), has cast some doubts in this regard.

The scientific team traveled to Madagascar to study the process of capturing arthropods by the resin droplets from the Hymenaea verrucosa plant, an angiosperm leguminous resiniferous legume from Madagascar’s lowland forests.

Researchers managed to build an impressive collection of resin samples, insects trapped in amber and arthropods

However, the researchers have always been suspected that fossils found in amber pieces are incomplete so it is not possible to accurately reconstruct a whole species and their ecological characteristics just form fossils found inside resins.

According to a scientist involved in this research, it is not straightforward to discover areas with significant populations of resin trees to collect the organisms trapped in resin.

“When we arrived in the Malagasy forests, it was exciting to see the same process that took place in the Dominican Republic and Mexico between 15 and 22 million years ago. Lost in Madagascar, we were able to see the first stages of the origin of a gemmologically valuable material that contains a lot of scientific data on the evolution of arthropods,” explained Xavier Declos, one of the researchers.

The scientists concluded that amber is tricky and it doesn’t tell much about the whole picture but only about the specimens entrapped in it.

Since 2013, this scientific team has been collecting resin samples in Madagascar forests and insects such as arachnids, myriapods, and crustaceans. In total, they have obtained a collection of about 20,000 arthropod specimens from the Malagasy forests in order to compare them to those samples of insects trapped in amber, in their try to discover better methods to study this kind of fossilized organisms.