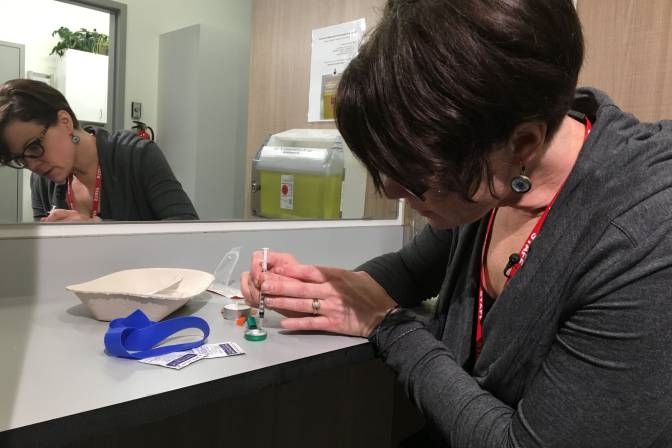 Studies have shown that if one wants to decrease the number of addicts in a particular region, opening up a consumption center may just be the answer. Why? Because it lets addicts get their high in a controlled environment, where they will not accidentally overdose and where there are people willing to help them if something goes wrong.

The consumption site in Edmonton

Edmonton has just opened up one of these locations. During its first weekend, it has seen around 59 visitors. Sadly, there was also one overdose but the emergency services were called and they were able to save this person.

This center prevents people from getting various diseases that can be contracted by sharing a needle. Some may argue that this site is only condoning people to take pleasure in their vices but it is just a way for the community to make sure that its members are doing it in a controlled environment, where they will be safe.

There have been 4 supervised injection sites approved in Edmonton; three of them are in the city’s neighborhoods while one of them is in the Royal Alexandra Hospital, meant for patients only. They each have one social worker who deals with addiction problem, one registered nurse and one peer support worker.

The most important thing is that people feel safe in these centers. They may even start to talk about trying to use less and less, talk about their medical history, about friends that died from overdosing. Most importantly people would come back since they are treated with respect, not looked down upon.

This is all possible since the Department of Health approved these types of center in October last year. They did this because they saw a spike in HIV cases coming from shared needles and people coming into the emergency room for heroin or opioid overdoses.