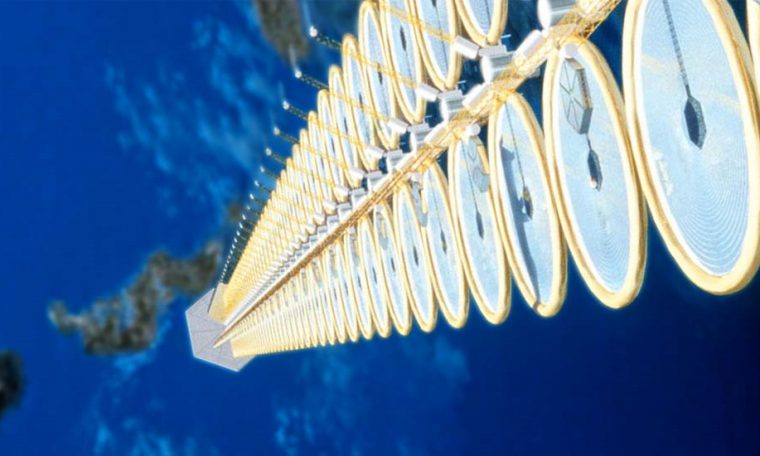 The pollution is causing global warming and extreme weather phenomena, among others. Because we can no longer rely solely on fossil fuels, as they are depleting and harmful, above all, we need alternative energies. Thus, renewable energies are becoming increasingly important. However, there are some alternative energy sources that you probably never heard of before and which, in the future, might save our planet.

The pollution can be reduced if renewable energy sources are used. Alternative energy is considered to be energy producing methods that are capable of generating energy without polluting the environment. You are probably already familiar with renewable energy such as solar, wind, hydroelectric, tidal, and so on.

However, they are not the only alternative energy sources we can find in the world.

The sun not only illuminates the Earth’s surface but also the outside of our planet, beyond the atmosphere.

If placed outside the Earth, solar panels would not be affected by day and night cycles. Neither would they be affected by the weather or the filters made by clouds or atmospheric gases.

The idea would be to build solar panels capable of orbiting the Earth to continuously receive solar energy and, as the wireless power transfer technology has evolved significantly in the past years, it could happen soon.

Scientists have succeeded in developing a synthetic leaf capable of producing electricity from evaporated water.

To do this, the air bubbles are pumped into the leaves and electricity is created by the difference in properties between the water and the synthetic leaf.

The more people we are in the world, the more steps are made everyday on sidewalks. Really, we are more than 7.5 billion people, always on the move. Piezoelectricity is the ability of some materials to generate a kind of electric field in response to mechanical stress.

If tiles made of materials with piezoelectric properties were built, they could be incorporated into the most sidewalks all over the world. This way, with the touch of the soles of the shoes we could generate energy while walking. We’d be like little walking power plants.