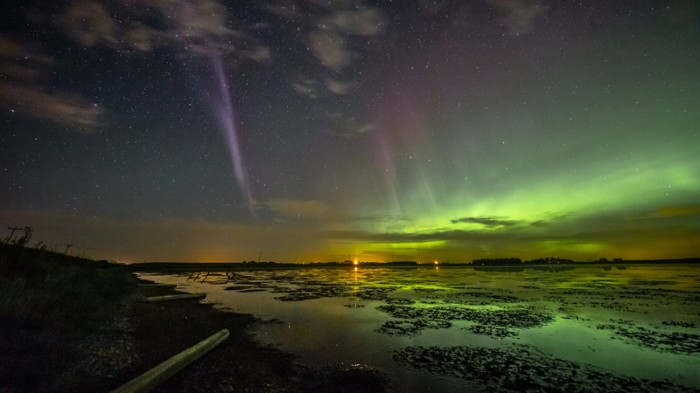 This uncommon event was first captured by Notanee Bourassa on the 25th of July in 2016. He knew that what he was seeing was anything but an aurora borealis so he went on and took some pictures before it would all disappear. He along with other people kept sharing pictures of this new type of aurora in hopes that at one point they would elucidate the mystery. One day someone named it Steve jokingly but the name stuck.

Scientists trying to discover what Steve is

A new study published in Science Advances has found out the reason why Steve exists and what does that tell us about Earth. Scientists unveiled the fact that Steve is merely a reflection of how Earth’s magnetic field interacts with charged particles in a space environment.

Steve is similar to an aurora in the sense that it goes through the same process but on a different magnetic field that appears at low altitudes. This magnetic field is connected to the equator which explains why Steve can be seen in southern Canada.

This is why Steve is so important to scientists, as it appears in an area where auroras are not generally seen. It helps them research an area that is not yet well-known by scientists.

The way in which Earth’s upper atmosphere and its lower atmosphere work together is a process that is still unclear. However, Steve may be the breakthrough needed in order to analyze this issue.

The team of scientists that are looking at this phenomenon decided to keep the name Steve as a way to remember and respect the people that first saw it and first tried to decode it. However, it is now STEVE. The name is short for Strong Thermal Emission Velocity Enhancement.

We will be waiting to hear all about STEVE once more research is done on this matter.