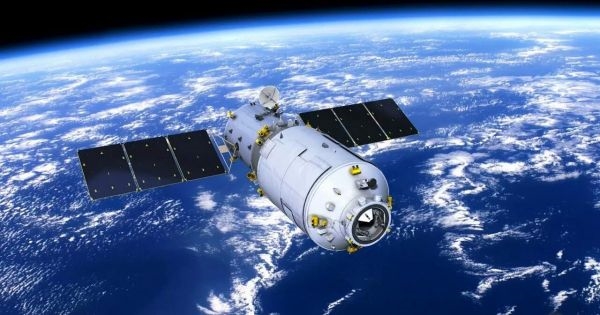 The European Space Agency and the Aerospace Corporation have estimated that one of China’s old ad disabled space laboratories may drop out of Earth’s orbit and crash into its atmosphere pretty soon.

When will this happen?

Scientists have approximated the crash date to occur sometime between the 28th of March and the 11th of April this year. The space station that we are talking about is Tiangong-1. In March 2016 China lost control of this station. They did not disclose the exact details but experts say that it would have been due to a problematic battery charger. They did say that the space laboratory was headed back to Earth’s trajectory but they failed to mention when that would happen and if it was going to be a controlled landing or not.

Aerospace Corporation is a non-profit organization that offers technical guidance on most space missions. They were the ones that came up with this estimated date.

Where is it going to land?

The calculations that were made show that Tiangong-1 is estimated to crash someplace between 43 degrees North and 43 degrees South. What countries are included in this broad estimate? Well, in the northern hemisphere the countries that are included are Japan, North Korea, China, Turkey, Italy, some northern parts of the US and Spain. In the south hemisphere the countries where the space laboratory could crash are New Zealand, Chile, Australia or Argentina.

Tiangong-1 was China’s first spacecraft in outer space. It marked the point where they could not only use it as a space laboratory but also a place used for docking or orbital rendezvous. With this one starting to fail and crash, China has a new plan for another craft that they are going to launch sometime in 2022. They did not want to disclose further details about it.