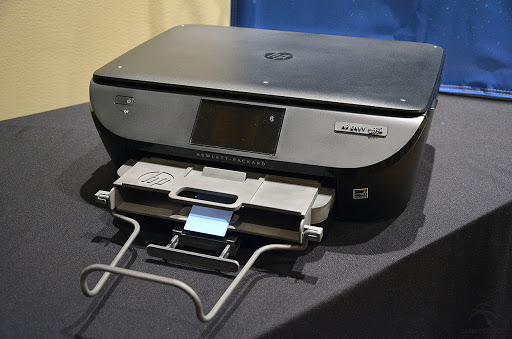 It may have never crossed your mind that astronauts need to have a printer on the International Space Station. After all, they are surrounded with a number of high-end technology and numerous scientific instruments. Yes, they also have a printer but it is very old and needs to be changed.

The printer currently used from 2000 up to this day is the Epson 800. Some may say that it is still very good despite its age but it looks like the astronauts are having a difficult time trying to maintain it. It came to either changing it or stop printing things altogether. And since the Space Station always has a lot of things that they need to print, it seemed natural that they needed an upgrade.

NASA tried to reach Epson so that they could create a new printer but they denied the invitation so HP took them up on their offer.

When it came to deciding on the appropriate model that they were going to use, it was decided that the HP Office Jet 5740 was the best option, since it was not made of glass and it could have been modified if the astronauts needed to. However, there was one small problem with it. The printer worked very well but in zero gravity it may have had a problem with managing its paper. Moreover, NASA wanted the printer to be safe. This meant that the inkjet cartridges would have to use foam so that the ink would not just start to float around and become a potential safety risk.

This all meant that HP had to work very hard in order to fit the specific things that NASA wanted. In the end, they managed to come up with a modified printer that met every single thing that was previously discussed.