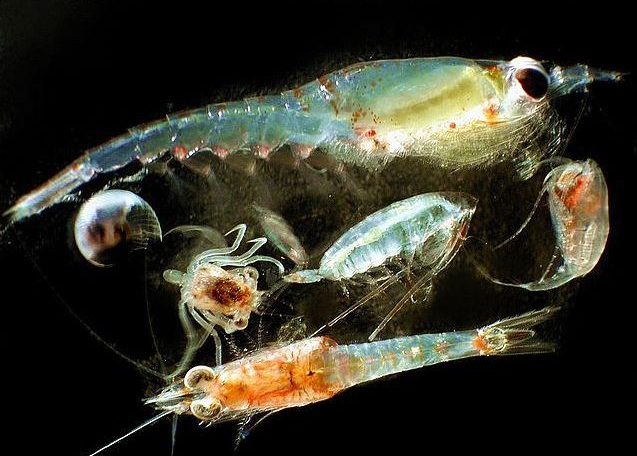 Pollution is a huge problem worldwide. When it comes to our oceans, it is hard to ignore the fact that they are heavily polluted with plastic. Since it is hard to clean the oceans, scientists have to look for other methods. And it appears that they might have found something.

Krill, zooplankton situated at the bottom of the food chain might be the solution. They have 0.2. inches and they have a form that is even smaller when they are excreted back in the environment. However, there was another important detail that was mentioned when they were presented by a new research: the zooplankton can digest microplastic.

Amanda Dawson is the author of the study and she made this discovery while she was checking the toxic effects of pollution. The project took place at the Australian Antarctic Division’s krill aquarium and she discovered that krill are able to break up plastic.

She believes that it would be even easier for krill to break up the plastics that are in the oceans, as they are even more fragile. The co-author of the study is So Kawaguchi, a krill biologist from the Australian Antarctic Division.

He explained that scientists have never analyzed the microplastics that are digested by the crustaceans. He also added that this way microplastics could interact with the ecosystem this way, but he admitted that they need to research this subject even more. For example, there is a chance that the toxins will be passed down the food chain.

Plastic is a huge problem for the ocean, and it continues to grow. Studies have showed that more than eight millions tons of plastic end up in the ocean every year, and they produce irreversible damage to the marine ecosystems.

Shawn and his wife live remotely in a 880-square-foot cabin along with their three dogs. They implemented many of the things they learned from the internet and trial and error. They have been helped by so many contributors over the years and desire to now return the favor to other Canadian Homsteading readers. They heat with a woodstove and cut firewood by hand from their 11 acres. They went back to the land and are essentially do-it-yourself people.