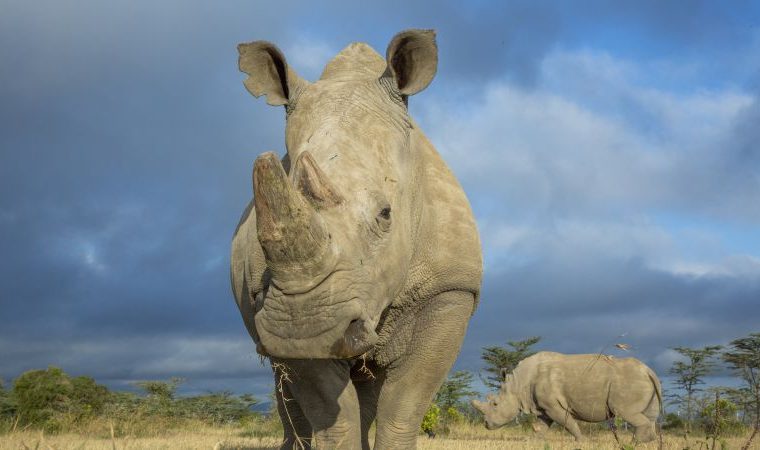 Last March, those responsible for the Kenyan nature reserve of Ol Pejeta announced the death of Sudan, the last northern white rhino male in the world. The mammal was unable to overcome the disease it had been suffering from for several weeks, so they had to euthanize it in order to put an end to its suffering.

As Ol Pejeta reported on his Twitter account, Sudan was being treated for age-related complications that led to “degenerative changes in muscles and bones,” as well as “skin wounds.” A death that practically meant the extinction of the species, of which only two females remain, namely, Najin, the daughter of Sudan, and Fatu, its granddaughter.

Following Sudan’s death, scientists began to look for new ways to restore the species, on the verge of extinction because of the lack of male specimens due to poaching. Following Sudan’s worsening health situation, veterinarians chose to collect and freeze samples of its sperm along with those of four other specimens that died before them. All this to be able to maintain the species alive.

Several months later, researchers have extracted a total of 79 reproductive cells (oocytes) from 11 females of southern white rhinos species. Once that was done, the research team crossed the oocytes in the laboratory with the frozen sperm of two northern white rhino males.

This procedure was meant to create a hybrid species capable of preserve both species, as shows a study published recently in Nature Communications.

According to the researchers, only four embryos have survived to the blastocyst stage. However, they consider the experiment to have been a success as it is the first northern-southern white rhino hybrid embryo created by in vitro fertilization to reach the blastocyst stage with a complex cell structure.

Following the success of this trial, the team led by Thomas Hildebrandt has frozen the hybrid embryos for possible implantation in females of the southern white rhino species in the future. Now, the research team at the Leibniz Research Institute for Zoos and Wildlife in Germany has moved to Kenya to extract oocytes from Najin and Fatu and create new blastocysts.

This research gives new hopes for the preservation of the northern white rhino species which, after years of struggling, has a unique chance to proliferate, once again.