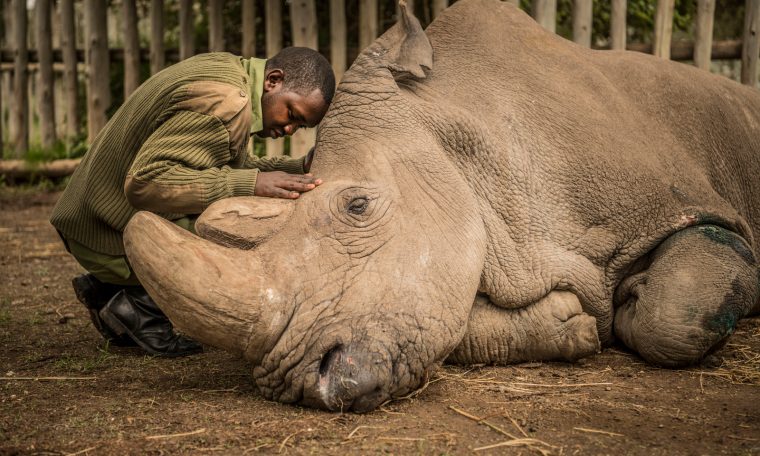 After months of fighting to get back in good health, it looks like Sudan, the last male northern white rhino of the species was put to sleep after the complications of the disease worsened. He lived at the Ol Pejeta Conservancy in Kenya and he was 45 years old when he died.

Is the species extinct?

There are still two female northern white rhinos alive. The only hope of getting this species cut out from the almost extinct list is to create in vitro fertilization techniques in order to perpetuate the species.

In the past, people have tried to get Sudan to mate with the two females but that failed. At one point there was even a Tinder campaign which named Sudan the “most eligible bachelor” in order to get a couple of laughs out of people by raising awareness and funds for IVF research for the females. This publicity stunt got Sudan a number of fans all over the world. The news of his death will come as a shock for most of them.

Hope for the future

Before he was put to sleep, conservationists took his genetic material in the hope that they will find a way to mix it with the eggs from the last two females.

How did Sudan fare in his last days?

His condition dealt with degenerative changes in his bones and his muscles. Extensive skin wounds that were difficult to treat were also added to the mix. On his last day it looked like the pain levels were too much to bear, since the rhino was not even able to stand up on his feet. In the end, the decision to put him to sleep was the best one since it ended his suffering in the most humane way possible, as there was not much that his caretakers could do to get him back in shape.