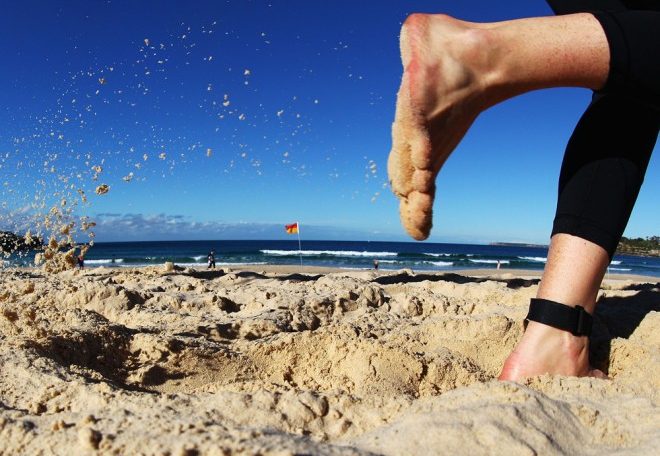 You’ll never walk barefoot on the beach again. If you are faint of heart, keep reading at your own risk!

This month, after a sunny vacation, a 17-years-old teenager returned home with mysterious red spots on his body. What was believed to be mosquito of chiggers bites became later a living nightmare.

The red dots extended after a few days. Dreadfully itchy rash became unbearable on legs, feet, and backside.  Michael and his mother, Dumas, contacted a doctor that diagnosed the big red marks as cutaneous larva migrans. And he knew then that it’s just the beginning.

WARNING: Avoid the next places

The place of contamination was Pompano Beach, near Fort Lauderdale. The boy was on a mission trip to South Florida. He affirmed that he was buried up to his neck on the beach by his friends and he suspects that day as being ill-fated.

Even Worse Than You Could Imagine

Michael received antibiotics and antiparasitic against the hookworms. But the effects were long in coming. So he had to visit a dermatologist as soon as possible. The specialized health care consisted in cryotherapy. But the treatment caused another horrifying episode. The boy quieted treatment, saying that he felt the worms crawling under his skin, running away from the liquid nitrogen.

The hookworm wounds became also the site for a staph infection. Staph infection can be serious health-concern, being a root of sepsis and toxic shock syndrome.

The two types of hookworms are human hookworms, adapted to the human body, and zoonotic (animal) hookworms. They can be carried further by people if they get in contact with the parasite’s eggs. The larvae penetrate the skin and move to the gut. The symptoms are varied, from rashes and itches, in the affected area, appetite loss, abdominal pain, and diarrhea.

To avoid disease, choose a towel to sit on and walk with flip-floppers!