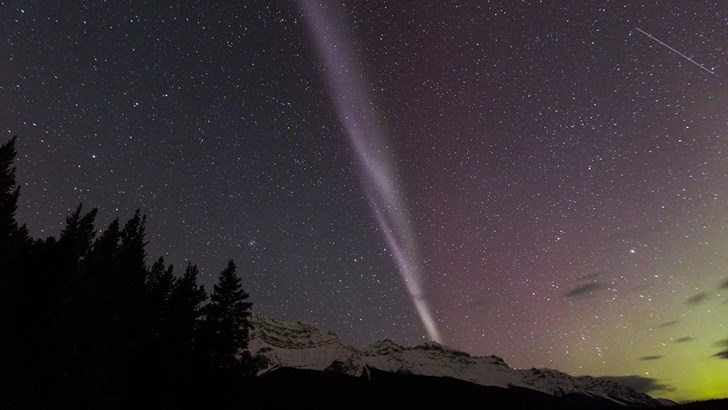 In the world of science there never seems to be a moment where things just stay still without any new information or discovery being made by researchers from all parts of the world. This also seems to be the case with auroras, since a team of researchers has just the hidden meaning behind a previously unseen phenomenon.

What did they see?

People who love auroras tend to seek them out and take pictures of the beautiful result of the effect between Earth’s magnetic field and particles that come from the sun. However, when Chris Ratzlaff decides to take a picture of it, it now becomes the recording of a scientific discovery.

This type of aurora runs from east to west in a curbed line. It sports the same gorgeous hues of green and purple that other auroras have.

How was it formed?

The team of scientists from NASA that looked into this phenomenon found out that is due to a subauroral ion drift, a current that moves the charged particles in the upper atmosphere, a theory that is supported by the visible arc of this aurora.

This picture kept circulating online among other of a similar nature, which is where Eric Donovan, a professor at the University of Calgary, found it. When faced with it, he first thought that the aurora was a proton arc.

When trying to come up with a name for it, Ratzlaff said Steve and the name has stuck with this creation. The name does not look to change anytime soon. The reason behind it is that Ratzlaff thought of a funny scene from the animated movie “Over the Hedge” where animals get scared of a big hedge that is in their neighborhood so the squirrel decides to call it Steve. It is a way to call something big and unknown with a familiar name to make it seem safe.