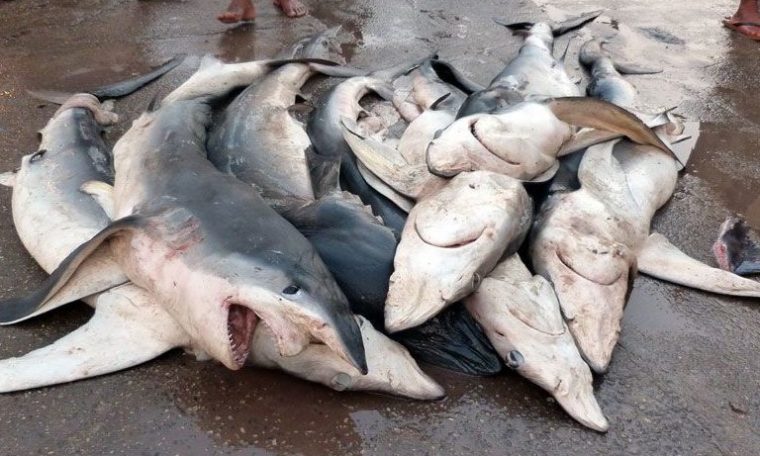 Representatives of the Japanese and Spanish fisheries sectors met in Kesennuma and Tokyo, in Japan, to exchange information on good practices in shark fishing and to design strategies to defend against some environmental organizations that keep on accusing them of threatening the populations of endangered shark species. Moreover, the two countries treated the subject of the endangered shark species with great respect, implementing regulations to protect these ones.

At the summit, whose delegations were led by the President of the Japan Fisheries Association (JFA), Toshiru Shisaru, and the Secretary-General of Cepesca and President of Europeche, Javier Garat, the representative from both countries shared knowledge of sustainable shark fishing, the management measures applied in each country and their commitment to defending a legal, controlled and responsible activity against the threat posed by illegal, unregulated and undocumented fishing.

Both countries target blue sharks and, to a lesser extent, shortfin mako sharks, out of the nearly 500 shark species in the world. These two species account for more than 92% of the shark catches in the world.

Scientific assessments, in general, show that the trend of the stocks is stable, so they are fished sustainably and are not endangered, as reported during the summit.

In contrast, the endangered shark species need of protection

Therefore, representatives of both countries prohibited fishing for species such as the oceanic shark, hammerhead shark, thresher shark, and white shark, among others.

Both sides also agree to make effective use of all parts of sharks, whether they are meat, leather (leather goods such as handbags or belts), bones (for animal feed), cartilage (for pharmaceuticals), guts (for oil), heart (for sashimi), or fins (for food and pharmaceuticals).

In addition, both delegations discussed the problems and threats faced by the shark fishing, processing, and marketing sectors. These include the indiscriminate attack by various environmental organizations.

Shark fishing is carried out under the supervision of the Regional Fisheries Management Organisations (RFMOs) with competence over this species in oceans and is also subject to the corresponding Japanese and EU regulations.

“The countries that devote effort, invest and collaborate with the scientific community to develop sustainable fisheries must join forces against the indiscriminate and unjustified persecution of some environmental groups,” said the Spanish representatives, adding that shark fishing, conducted in a sustainable manner such as the one adopted by both Japan and Spain, is not threatening the endangered shark species.