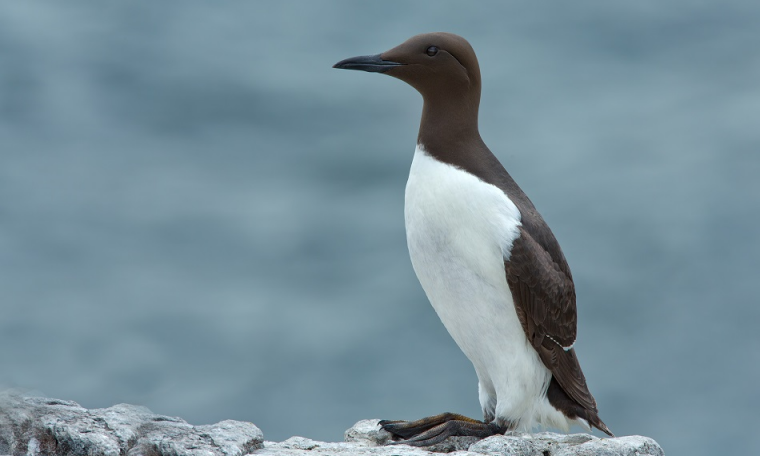 Seabirds also suffer the threats of climate change because global warming makes it harder for them to find foods, according to a study by the University of Barcelona. The research is of an international nature and the Spanish team of researchers has focused on studying the climate response of a population of gray shearwater (Calonectris borealis), which breeds in the Canarian archipelago.

Biologists have found that these seabirds weren’t capable of adapting their reproductive cycle to the new climatic conditions marked by global change.

The professors of the School of Biology of the UB Jacob Gonz?lez-Sol?s and Ra?l Ramos, who have participated in the research, have warned that in the future the progressive increase in water temperatures could produce desynchrony between the period of breeding and feeding of the seabirds and the periods of times when the seabirds’ prey are abundant.

This research analyzed the reproduction patterns of 62 species of seabirds between 1952 and 2016, a period marked by the significant increase in sea surface temperature.

Biologists have warned that seabirds are currently the most threatened group of birds in the world, and the state of conservation of most species is worsening day by day.

As the research revealed, the seabirds are incapable of adapting their biological rhythms to the changes in temperature, while, additionally, the common foods for seabirds, such as sardines and squids, are affected by global warming themselves.

The lack of synchronicity between the abundant prey periods and the biological rhythms of seabirds makes it almost impossible for the marine birds to find food, which will alter their reproduction season, a fact that puts the long-term survival of many seabirds colonies at a huge risk.

“The conclusions indicate that in the oceanic areas of the Atlantic and the Mediterranean it is expected that long-distance migratory species will be the most affected since they inhabit at least two different areas throughout the year,” warned Gonzalez-Solis, one of the researchers.

“These factors make them particularly sensitive to any environmental disturbance, both directly and indirectly,” he added.

Even more, “the trophic shift between seabirds and prey due to global warming will be especially harmful in giant petrels, fulmars, and albatrosses, which have shown less flexibility in their breeding phenology, while cormorants and gannets are those that have better response capacity to the weather changes,” concluded Gonzales-Solis.