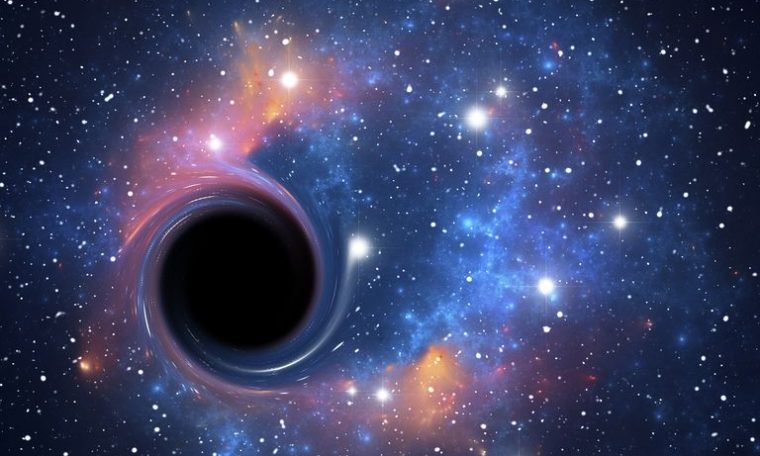 Astronomers with the Australian National University (ANU) have discovered a large and rapidly-growing black hole. The black hole is believed to be at least the size of 20 billion of our suns at a distance of almost 12 billion light years. It is stated that it pulls into itself the mass equivalent of one of our suns every two days, radiating energies back into space on a great scale and shining thousands of times more brightly than an entire galaxy. Such a supermassive black hole is known as a quasar, which bursts out energy containing a significant outflow of x-rays.

Dr. Christian Wolf of the ANU Research School of Astronomy and Astrophysics together with his team is using the SkyMapper telescope at ANU’s fabled Siding Spring Observatory to detect the uncommon celestial body, information released in the paper  “Discovery of the most ultra-luminous QSO using Gaia, SkyMapper and WISE.” They have been searching black holes for several months with the help of the European Space Agency’s Gaia satellite, which measures tiny motions of celestial objects.

Wolf said that the black hole would appear 10 times brighter than a full moon, an incredibly bright star that would cover the sky if it was in the middle of our Milky Way galaxy. Given the fact that it contains x-rays, it would make life impossible on Earth.

Moreover, it is so bright that Wolf and its colleagues can see the shadows of objects in front of the black hole. The extreme brightness can be used as celestial place-holders to study the formation process of all elements after the Big Bang. Massive black holes also contribute to making the Universe more transparent by ionizing the gases.

It is not known when it grew so large, but researchers are seeking additional examples of this rare object in order to find even-faster black holes.