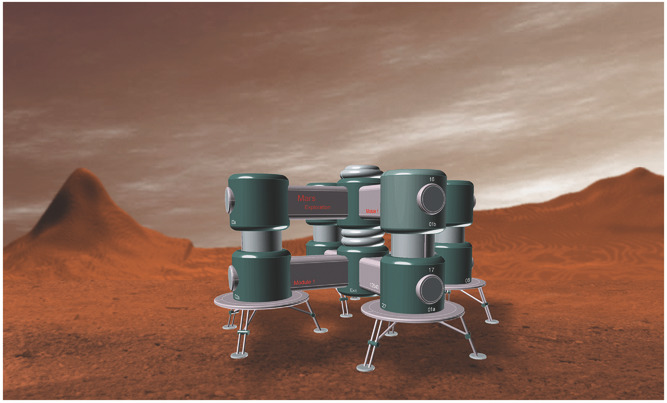 Mars colonization it the biggest project Elon Musk has. Less than a year ago, the boss of SpaceX and Tesla announced his intention to send a million people to Mars by 2024. Encouraged by the successful launch of his Falcon Heavy rocket, which took off unmanned last February, Elon Musk wants to move up, considering Mars colonization as a matter of survival “for the human species”.

Elon Musk’s project is to provide humanity with a fallback solution to the rapid degradation of the planet Earth. “The most important is the future of our civilization. But if we do not change the way we treat our biosphere, well, yes, we will have to think about living on several planets,” stated the SpaceX and Tesla boss.

Now, is the turn of the French astronaut Thomas Pesquet, who spent six months aboard the International Space Station between 2016 and 2017, to share his opinion regarding Elon Musk’s plan to colonize the Red Planet.

“The idea of Plan B bothers me because it takes away some of the responsibility,” Pesquet says.

“We hope to bring men and women to Mars but for the purpose of study but not for Mars colonization. We can see from the Station [ISS] the effects of human activity on Earth – pollution of the sea, deforestation, air pollution over large cities. We quickly realize that the Earth is very fragile,” he adds.

We must understand how life can come and go

Taking into account the consequences of human overexploitation of natural resources, climate change should be an integral part of the responsibility of space agencies which, according to Thomas Pesquet, “organize many missions to study the Earth, the climate, the oceans, the biomass , the gaseous composition of the atmosphere to better understand the effects of global warming.” But still no concrete changes against global warming.

“[Space agencies] role is to be a data provider and make the diagnosis,” Thomas Pesquet says. According to him, scientific missions on Mars would help us “understand how life can come and go” and should not follow the goal of Mars colonization as Elon Musk wants.